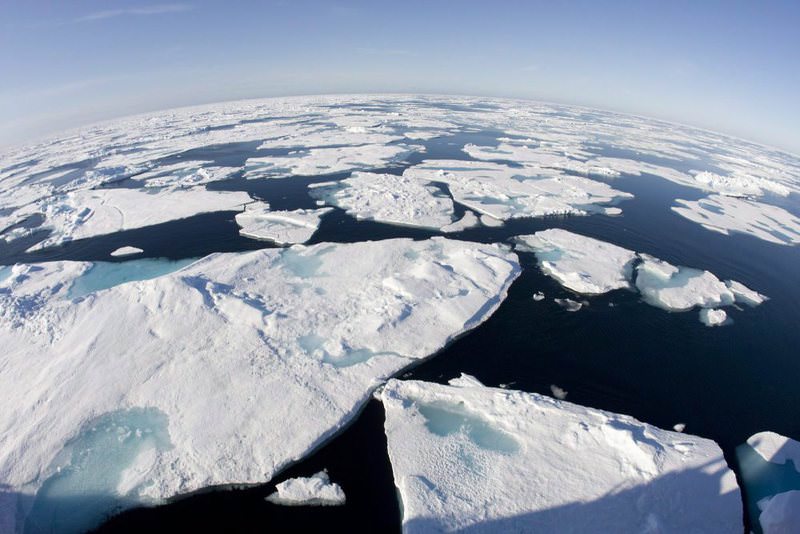 The most costly risk to the global economy is climate change according to a poll conducted out by the World Economic Forum, since it brings about water and food shortages, low economic growth and more security risks

The global economy faces a worrying array of risks, from natural disasters related to climate change to the rise of terrorist organization DAESH and hacking, according to experts polled by the World Economic Forum (WEF), which organizes the gathering of political and business leaders in the Swiss resort of Davos. In a bleak assessment published on Thursday ahead of next week's discussions in Davos, the WEF said its survey found that a failure to deal with and prepare for climate change is potentially the most costly risk over the next ten years. That's the first time that an environmental concern has topped the list of global risks in the 11 years the organization has carried out the survey.

The survey of almost 750 experts and decision-makers from a variety of fields, locations and ages was conducted in the autumn of 2015 before the global warming targets agreed on in Paris in December.

John Drzik, president of global risk at insurance broker Marsh, which also helped develop the report, conceded that climate change might have been lower down the list but still high given 2015 was the hottest year on record if the poll had been conducted after the Paris Agreement. The deal saw nearly 200 countries agree to keep global temperatures from rising another degree Celsius (1.8 Fahrenheit) between now and 2100.

Drzik said the 2016 report has the "broadest array" of risks facing the global economy in the survey's 11-year history. However, he said the aftermath of the 2008 financial crisis, which saw the collapse of numerous banks around the world and the deepest global recession since World War II, may have seen leaders more concerned about the future. "Events such as Europe's refugee crisis and terrorist attacks have raised global political instability to its highest level since the Cold War," Drzik said. In its survey, the WEF found that large-scale involuntary migration not just in Europe but within regions, including the Middle East was the most likely risk, as opposed to potential impact, to the stability of the global economy.

With 60 million involuntary migrants last year almost 50 percent more than in 1940, when World War II really took hold there is significant potential for social unrest, Drzik said. He noted that the refugee crisis that gathered pace last year is already leading to calls for changes to the freedom of movement of labor within the 28-country European Union and that could hurt trade and employment.

Purely economic factors were high on the list of concerns, too, including the scale of the slowdown in China, the world's number 2 economy, mass unemployment in many countries, and the impact of low oil prices on the budgets of oil exporters.

Drzik said the confluence of worrying economic signals, which has seen markets suffer sharp losses so far in 2016 is "creating a very difficult environment to navigate for business." A major concern identified by all involved in the report is the interconnectedness of all the risks. "We know climate change is exacerbating other risks such as migration and security, but these are by no means the only interconnections that are rapidly evolving to impact societies, often in unpredictable ways," said Margareta Drzeniek-Hanouz, the WEF's head of global competitiveness and risks.

North Korea criticized organizers of the World Economic Forum (WEF) in Davos on Thursday for revoking an invitation to its delegation in the wake of a nuclear test. The WEF sent an invitation to North Korea last autumn but withdrew it after Pyongyang defiantly conducted what it called a hydrogen bomb test last week. There is widespread skepticism over whether the blast was truly an H-bomb test, but world powers are looking for ways to punish the North. The test, even if not a hydrogen bomb, will still likely push the country closer toward a fully functional nuclear arsenal.

The North's state media said its permanent representative to the U.N. office sent a letter of protest to the WEF's managing board yesterday. The letter expressed "deep concern" over the forum's decision and described it as a "very sinister act," according to the official Korean Central News Agency.

The WEF, scheduled for later this month, is an annual high-profile gathering of heads of state, CEOs and public figures in the Swiss ski resort of Davos. This year's forum is expected to draw more than 2,500 participants from more than 100 countries. North Korea last attended the forum in 1998, according to South Korean media.
RELATED TOPICS