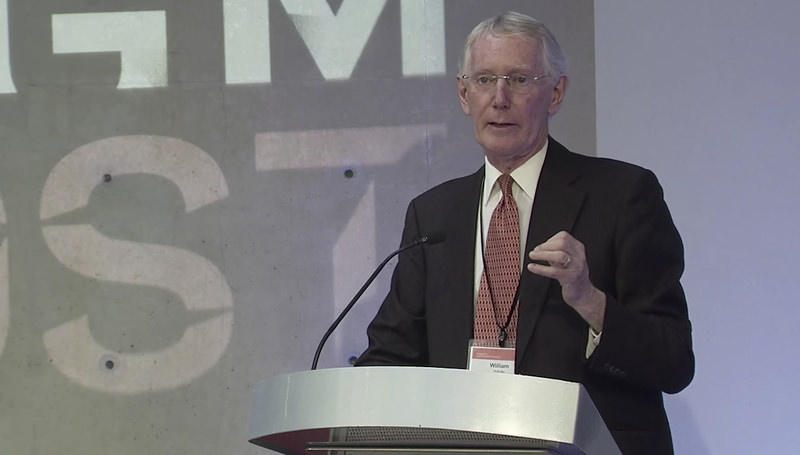 by daily sabah Jan 21, 2016 12:00 am
William R. White, the chair of the Organisation for Economic Co-operation and Development (OECD)'s review committee and the former chief economist of the Bank of International Settlements (BIS), said that the global economic situation "is worse than it was in 2007" in an interview with Ambrose Evans-Pritchard in a piece published on British paper the Daily Telegraph on Wednesday.

Adding another "doomsday prophecy" on global economy, "Our macroeconomic ammunition to fight downturns is essentially all used up," he said.

The central bank veteran further stated in the story that emerging markets were part of the solution after the Lehman crisis, and they are now "part of the problem."

"Debts have continued to build up over the last eight years and they have reached such levels in every part of the world that they have become a potent cause for mischief," he added, without mentioning crucial emergency measures that must be taken to avoid the coming economic crisis.

"It will become obvious in the next recession that many of these debts will never be serviced or repaid, and this will be uncomfortable for a lot of people who think they own assets that are worth something," he said.

"The only question is whether we are able to look reality in the eye and face what is coming in an orderly fashion, or whether it will be disorderly. Debt jubilees have been going on for 5,000 years, as far back as the Sumerians," the economist concluded.
Last Update: Jan 21, 2016 1:14 am
RELATED TOPICS