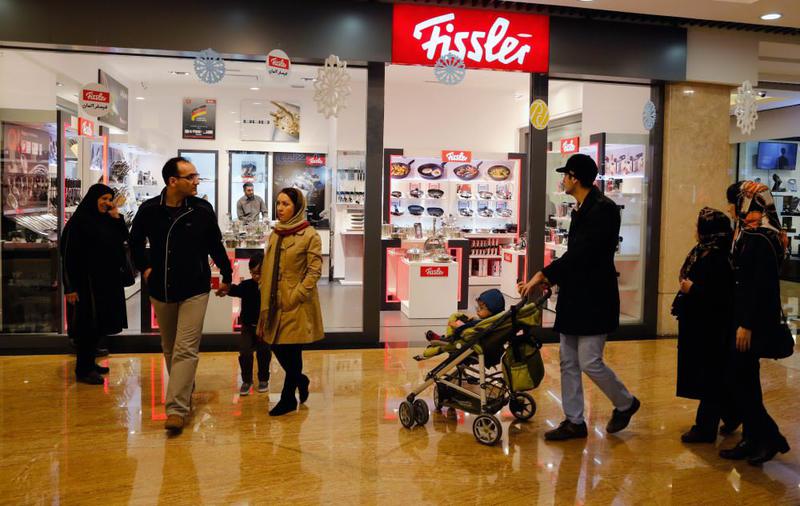 While Iran's economy is expected to grow an extra 4 percent thanks to the removal of sanctions, new challenges appear on the horizon for the closed economy since oil prices are not promising for energy producers and Iran has a history of financial mismanagement

The Iranian economy is poised for rapid growth with the removal of sanctions, but there are challenges, experts told Anadolu Agency on Friday. "With continuous prudent macroeconomic policies and the lifting of sanctions, we expect that Iran's real GDP could grow somewhere between 4 and 5.5 percent in the next Iranian year that starts on March 21st," Martin Cerisola, the International Monetary Fund (IMF) mission chief for Iran, told Anadolu Agency.

"The extra growth the Iranian economy will get will be about 4 percentage points, of which half will come from oil production, a quarter may come from lower trade and financial costs and the rest may come from an acceleration in non-oil sectors," he added. "After 2016-2017, we expect a 4 to 4.5 percent growth on average, but this would require comprehensive reforms, particularly for the banking and corporate sectors, which have been experiencing tight financial conditions and liquidity problems over the past few years," he added.

Gary Clyde Hufbauer, a researcher at the Peterson Institute for International Economics, stated that the magnitude of economic benefits Iran will get depends on how quickly they can increase oil production and exports. "The speed of increase in oil production will depend on the extent to which they are willing to invite foreign firms," he said.

Iranian officials have repeatedly voiced their expectations of increasing oil production by 1 million barrels per day within six months after the removal of sanctions. However, Hufbauer said that this might not be realistic, as the installations for extracting oil have not seen investment in over a decade. "I think that is going to be quite difficult because the condition of oil wells in Iran deteriorated and a lot of stuff doesn't work," he explained. Cerisola said the IMF expects about a 600,000 barrel per day increase for the first year with sanctions lifted.

On the other hand, increasing oil production is not all-good news for Iran, as the additional production could push oil prices lower, given the supply glut in the global market. "If Iran succeeds [in raising its oil exports by 1 million barrel a day], and if other oil producers don't cut back on production, and at the same time demand doesn't increase, then oil prices are likely to remain low," Moody's Investors Services analyst Shirin Mohammadi told Anadolu Agency. "To the extent that the lifting of sanctions leads to even lower global oil prices, oil exporting countries' fiscal profiles are likely to take a hit, barring significant changes to planned expenditures or sources of non-oil revenue," she added.

Cerisola said that the Iranian economy went through a rough year in 2015 due to plummeting oil prices and stressed, "The sharp decline in oil prices can remove some of the incentives for investment in Iran."

Stating that much will depend on the effectiveness of Iran increasing its level of oil output, exports and the pace of its return to the global oil market, Cerisola said another challenge Iran needs to overcome is transferring its oil revenues to the country's non-oil industries.

He also pointed to potential regulatory issues on the horizon for Iranian banks.

"The reestablishment of trade and financial relations will not be completely free of problems. Iranian banks will have to reengage with a lot of banks that have not been able to transact with them. This will require Iranian banks to comply with a lot of new regulations. That could potentially delay or even undermine some of the early benefits from reintegration," Cerisola said.

Moreover, Hufbauer noted that Iran has a history of poorly managing its money. Specifically, he pointed to high levels of corruption and excessive intervention in the private sector. Finally, he contended that Iran spends too much on its military while neglecting its crumbling infrastructure, stating: "Oil pipelines, telephone lines, roads are all in bad shape. They need huge infrastructure spending to fix those."

The experts also mentioned that removal of the sanctions would help other countries in the Middle East and North Africa (MENA) region through trade.

"Countries with historically deeper trade ties with Iran, such as Oman and the United Arab Emirates (UAE), will likely see increased business and trade flows," Mohammadi said. "Non-oil trade between the UAE and Iran fell by 26 percent between 2011 and 2014 as a direct result of sanctions. We expect to see a recovery in this trade now that many of the sanctions on non-U.S. entities conducting financial transactions with Iran are being lifted," she added.

Cerisola noted that the UAE has been a traditional trading partner for Iran, and their GDP can increase by an additional one percent over the next two to three years. "Iran is about 20 percent of MENA GDP, so it is quite important as a regional partner," he said. "We have done some calculations that suggest that there is a large potential for Iran to increase its non-oil exports as well as imports. Our estimates suggest that basically Iran's export level is probably less than half of its potential right now and this could mean a quite important benefit for the region and Iran itself," he concluded.