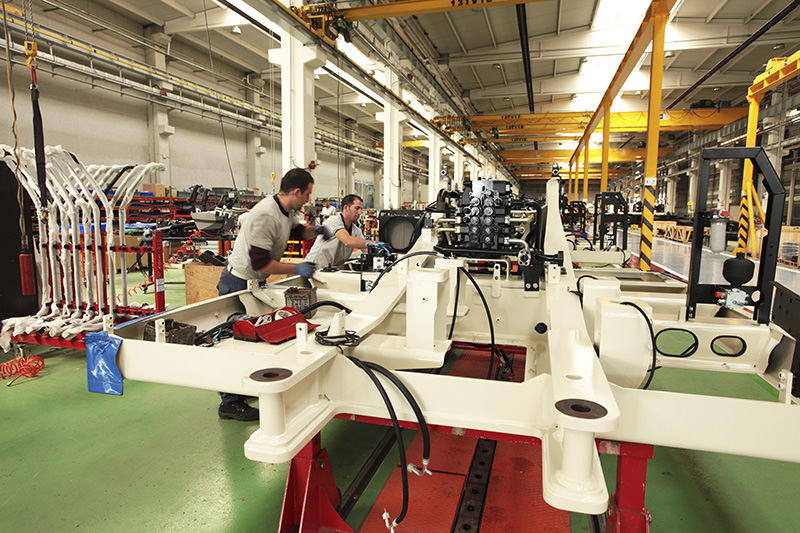 by Daily Sabah Feb 08, 2016 12:00 am
Calendar-adjusted industrial production rose by 4.5 percent compared to the same month of the previous year. In newly released data from the Turkish Statistical Institute (TurkStat), 2010 was examined as the base year, corresponding with 100 base points with the sub-sectors of the industry highlighted, with the mining and quarrying index having diminished by 2.1 percent and the manufacturing index increasing by 4.4 percent.

The electricity, gas, steam and air conditioning supply index rose by 7.7 percent in December 2015 compared with the same month of the previous year. Moreover, when the industrial production index in December was compared to the previous month - November - the overall index increased by 0.8 percent. Also, in seasonally and calendar-adjusted terms, the largest increase among main industrial categories was in durable consumer goods, with a 4.8-percent increase compared to the previous month.

In addition, according to TurkStat's seasonally adjusted calculation, in the sub-sectors of manufacturing the largest increase was achieved in the manufacturing of electronic and optical products - with a rise of 27.9 percent - followed by furniture manufacturing with an increase of 9.3 percent and production of coke and refined petroleum products increasing by 7.8 percent in December 2015 compared to the previous month.