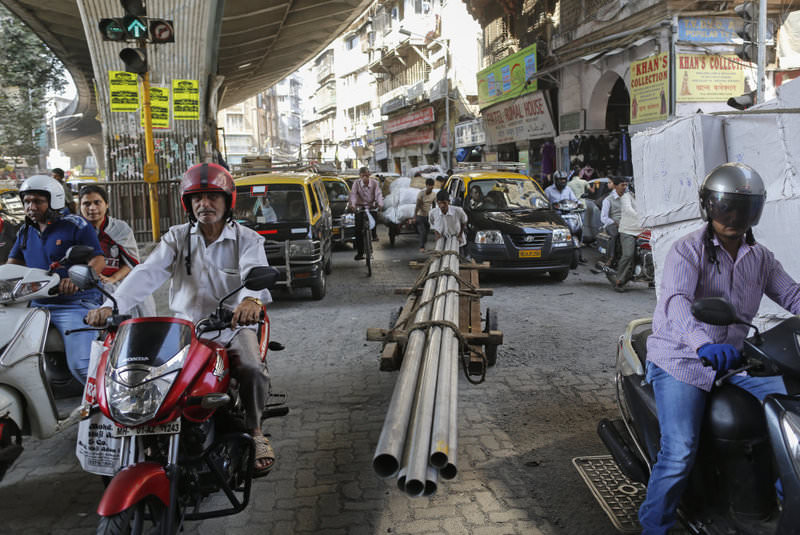 by Feb 09, 2016 12:00 am
India's economy grew 7.3 percent in the third quarter of the financial year, official data showed on Monday, a slowdown from the previous quarter but still beating analysts' expectations.

The year-on-year expansion in gross domestic product for the three months ending in December beat the 7.1 percent median estimate forecast by economists in a Bloomberg survey.

The data suggests India has retained its place as the world's fastest-growing major economy. This comes as Prime Minister Narendra Modi nears two years in power, amid mounting calls to enact promised reforms. Modi has made boosting economic growth a priority since coming to power in a landslide general election in May 2014. But investors have raised concerns about the pace of promised economic reform needed to create jobs for India's tens of millions of young people. The rupee is Asia's worst-performing currency so far this year, while global funds have pulled out of Indian stocks, according to Bloomberg. Modi's Bharatiya Janata Party-led government will present its next budget on Feb. 29. The Reserve Bank of India kept interest rates on hold at 6.75 percent last week, citing the importance of controlling inflation and noting the slowing pace of growth in Asia's third-largest economy.

India is still dogged by concerns over the reliability of its data concerning economic growth, a year after the government introduced a revised formula for calculating GDP, which some analysts have criticized. The government says the new method is closer to international standards. The main change is that India now measures its economic growth at market prices, to incorporate "gross value addition" in goods and services as well as indirect taxes. The base year to calculate India's GDP has also been advanced to 2011-12 from 2004-05.
Last Update: Feb 09, 2016 1:11 am
RELATED TOPICS