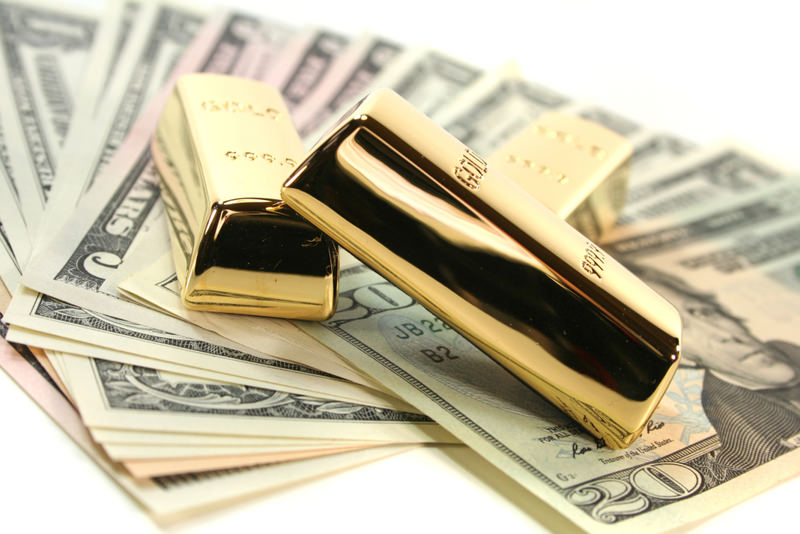 Since investors have lost their appetite for risk because of the negative economic outlook, backed by U.S. the Federal Reserve Board Chair's comments, the dollar and stocks plunged while bonds and gold are seen as safe havens

The dollar hit a 16-month low against the yen on Thursday and headed for its worst week since the Lehman crisis as investors scrambled for relative safety, buying up gold and top-rated bonds and dumping stocks.

Investors were spooked by worries over the direction of the global economy and by cautious comments from the head of the U.S. Federal Reserve that were taken to mean no near-term interest rate hikes.

European stocks fell over 3 percent to a 2-1/2 year low with banks plunging 6 percent and the Swedish crown tumbling as its central bank waded in with a surprise cut to its already deeply negative interest rates.

The pace wasn't expected to let up. Wall Street was expected to start almost 2 percent in the red and demand for U.S. Treasuries drove longer-term yields to three-year lows and flattened the yield curve in a way that has presaged economic recession in the past.

"What this shows is that the risk-off mode has come back very quickly and that the worst may still be to come in these markets," said Rabobank European strategist Emile Cardon. "What is different to previous times is that the bad news in now coming from everywhere, China, Portugal the U.S. the commodity sectors the banking sector. It's like several smaller crises could combine into one big crisis." Benchmark European German Bund yields dropped and UK yields hit an all-time low too, as traders dumping riskier assets sent Spanish, Italian, and Portuguese bonds in the opposite direction.

The euro zone's finance ministers are set to meet later with worries creeping back in about Greece and Portugal's ability to stick to the terms of their bailouts again as well. Portuguese bonds saw their biggest selloff in 2-1/2 years.

The flight from risk told on most Asian shares, with Hong Kong - a favourite channel for global investors to play China - diving 4.2 percent as investors there returned from the long Lunar New year holidays. Mainland China markets are closed all week.

MSCI's broadest index of Asia-Pacific shares outside Japan shed 1.4 percent, and South Korea resumed with a 2.9 percent drop. Wall Street had ended Wednesday mixed after Fed Chair Janet Yellen sounded optimistic on the U.S. economy, but acknowledged risks from market turmoil and a slowdown in China.

Analysts took that to mean a hike in March was unlikely, but further tightening remained possible later in the year.

"Yellen made it clear that while the Fed still expects to continue on its gradual tightening path, policy was not on a pre-set course and would respond appropriately to developments," said Justin Fabo, a senior economist at ANZ. "The real test may come later, if markets continue to deteriorate and look to central banks to save them. Are policymakers' guns loaded with blanks?"

It seemed some were already preparing for the worst.

Longer-term U.S. debt rallied hard as investors wagered that either the Fed would be unable to tighten at even a gradual pace, or that if it did hike it would only hasten the arrival of recession and deflation.

In a marked turnaround, yields on 10-year Treasuries fell to 1.6330 percent, from a top of 1.773, and back to lows last seen at the end of 2012 when the Fed was busily printing money. Futures imply further price gains lie ahead. As a result, the spread over two-year paper shrank to just 96 basis points, the smallest gap since late 2007 just before the global financial crisis hit.

Likewise, Fed fund futures are pricing in the shallowest of shallow tightening paths. The market implies a rate of 45 basis points for the end of this year, 60 basis points at the end of 2017 and 90 by the close of 2018.

The decline in U.S. yields continued to drag on the dollar, which reached lows last seen in October against a basket of currencies. The yen was again lifted by safe-haven flows, as befits Japan's position as the world's largest creditor nation. The dollar sliced down to 111.36 yen to reach depths not delved since October 2014 at 110.99.

Oil prices, another recent source of market volatility, resumed their decline as U.S. crude slid $1 to $26.37 a barrel, while Brent futures lost 48 cents to $30.37.