Turkish exporters expect lira-dollar parity to be 3.14 at yearend 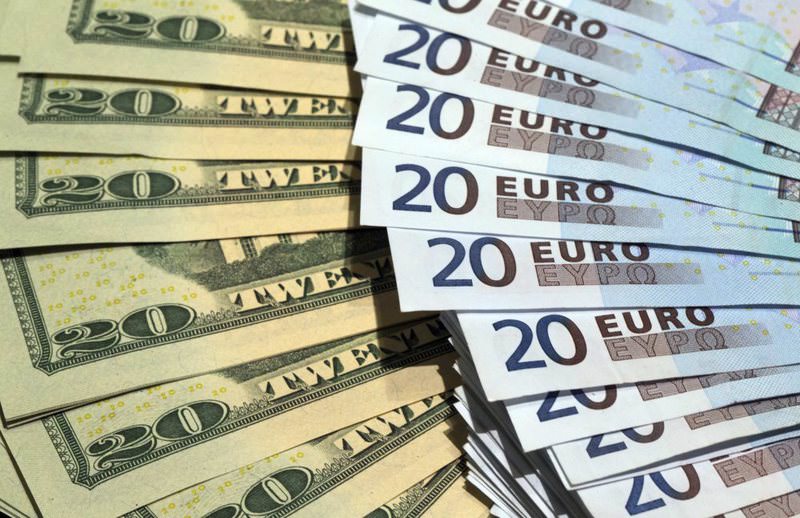 by Daily Sabah Feb 13, 2016 12:00 am
According to the 2015 4th Quarter Realization and 2016 1st Quarter Expectations Survey of the Turkish Exporters' Assembly (TİM), in which senior executives from 505 exporter firms participated, the expectation regarding the TL-dollar exchange rate for the first quarter of 2016 is approximately TL 3.02, while the expectation for the euro-TL parity is TL 3.27. The dollar exchange rate estimate for the end of the year is TL 3.15 and TL 3.40 for the euro. However, the ideal competitive foreign exchange rate expectation of the exporters is TL 2.90 for the dollar and TL 3.19 for the euro. The estimated end of year inflation rate is 8.44 percent and the one-week repo rate is 8 percent. The growth estimate for the first quarter is around 3 percent, according to the survey, and this figure increases to 4.2 percent at the end of the year.

Of the exporters who participated in the survey, 43.8 percent deem foreign exchange rates as the major problem that exporters will suffer, followed by high energy costs at 41.2 percent, high raw material and intermediate goods at 37.8 percent, high employment costs at 36.8 percent and logistics costs at 34.3 percent. When compared to the previous quarters, the problem of high or fluctuating foreign exchange rates is losing its priority and it is predicted that the negative impact of the parity in 2016 will be limited.

Exporters are becoming more positive regarding the economic recovery in Europe with only 25 percent of participants having negative expectations regarding the European Union. The data collected also shows that the United States, Germany and China are the top three target markets.

Furthermore, 20 percent of the exporters deem the U.S. as their number-one target market for the first quarter of 2016, followed by Germany with 12 percent and then China, Iran and the U.K. Also, 30.1 percent of the firms targeting new investments in the first quarter of 2016 are planning to invest on local modernization while 23 percent are preparing to invest in increasing domestic capacity and 18.8 percent will be investing in research and development and innovation. Accordingly, the number of firms that will invest in increasing capacity has increased by 5.1 percent and the investments in research and development by 4.1 percent.

In addition, 23.8 percent of the firms stated that the number of white collared employees have increased in the fourth quarter of 2015 when compared to 2014, and 27.9 percent have noted that the number of blue collared workers have increased, while 12.3 percent noted an increase in the research and development personnel. Moreover, 24.3 percent of the firms are planning on investments in research and development and Innovation in the first quarter of 2016.
RELATED TOPICS