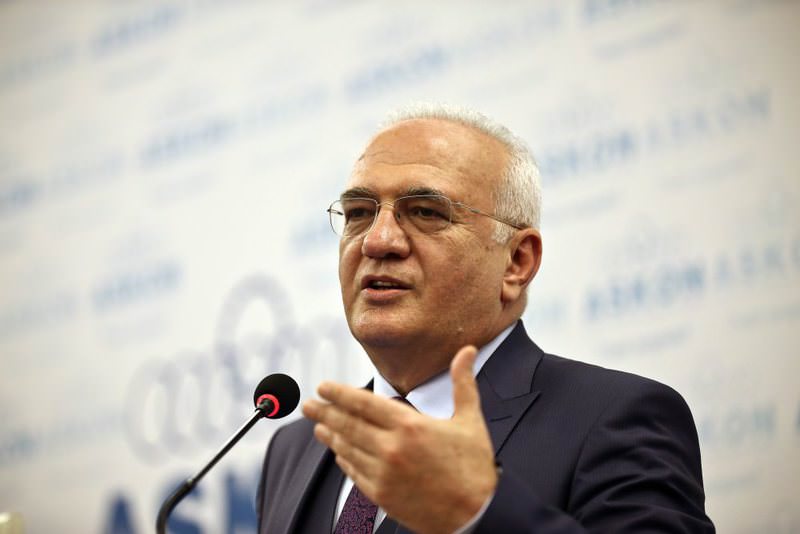 Elitaş announced the Economy Ministry's budget plan for 2016 during a presentation at Parliament's Planning and Budget Commission. Underlining that the weak growth performance in the global economy had a negative impact on dynamism in imports and exports, Elitaş said the total volume of goods trade is expected to increase by 2.8 percent and 3.9 percent in terms of the amount in 2015 and 2016, respectively.

Elitaş said global trade declined by 11.2 percent in terms of value in the first 11 months of 2015, attributing the downward trend to the appreciation of the dollar against other major currencies and to the fall in commodity prices, especially oil.

Turkey's foreign trade deficit plummeted by 25.2 percent and was actualized at $63.3 billion, and the export-import coverage ratio increased to 69.5 percent to 65.1 percent in 2015. Elitaş said Turkey grew faster than surrounding countries, and its current account deficit dropped in 2015, adding that exports soared by 2 percent in terms of the amount in 2015 compared to the previous year. Although Turkey exported more goods in 2015, exports declined in terms of value due to the rise in the exchange rate of the dollar and the decline in commodity prices.
RELATED TOPICS