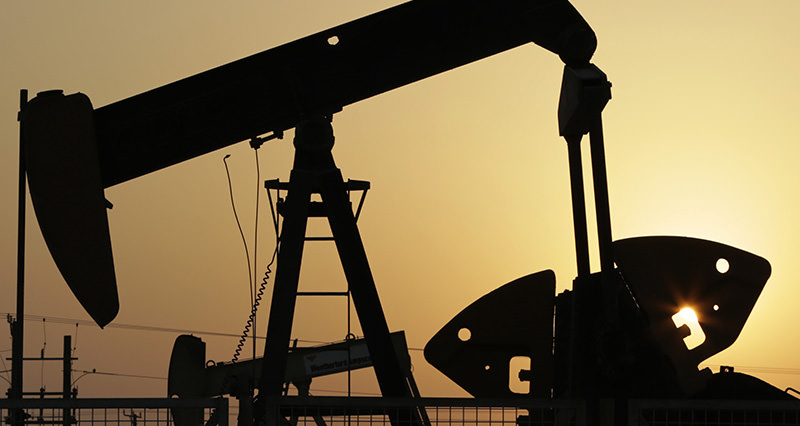 by Feb 16, 2016 12:00 am
The world's top oil producers Saudi Arabia and Russia agreed Tuesday to freeze oil output at January levels in a bid to stabilise an oversupplied market, Qatar's energy minister said.

But they made their agreement conditional on the approval of other major producers.

The Saudi and Russian oil ministers, along with their Venezuelan and Qatari counterparts, "agreed to freeze the production at (the) January level provided that other major producers follow suit," Qatar's Energy Minister Mohammed bin Saleh al-Sada said.

"This step is meant to stabilise the market," said Sada, who is acting president of the OPEC oil cartel, describing the meeting in Doha as "successful".

Saudi Oil Minister Ali al-Naimi said: "This is the beginning of a process which we will assess in the next few months and decide whether we need other steps to stabilise and approve the market.

"We don't want significant gyrations in prices. We don't want a reduction in supply. We want to meet demand and we want a stable oil price," he said.

Market response was muted, apparently because traders expected a production cut rather than a freeze, especially after output has hit record levels.

"Whilst a major step forwards considering the official Saudi 'full steam ahead' approach up until now, the key words in this statement are 'provided that other major producers follow suit'," ETX Capital analyst Daniel Sugarman told AFP.

"It appears as if oil prices are already experiencing an initial bump in response to the announcement, but long-term change may well depend upon the reaction of some of the nations who weren't included in this conference," he said.

It was the first attempt by OPEC and non-OPEC exporters to control production after almost 19 months of oil price declines.

Oil prices have tumbled about 70 percent since June 2014, hit by oversupply, sluggish demand and worries about the global economic outlook.

The prices came under renewed pressure by the return of Iran to world markets after the lifting of international sanctions linked to its nuclear programme.

"We believe, the four of us, that freezing now at that January level is adequate for the market," the Saudi minister said.

The Qatari minister said that "intensive communications" will start immediately with other OPEC and non-OPEC producers, including Iraq and Iran, to win their approval and support.

The move will benefit both crude exporters and consumers in addition to the world economy, said Sada, who will lead the contacts.

Naimi said there should be a consensus between OPEC and non-OPEC producers.

"The news has actually disappointed the market slightly because some people had hoped to see a cut rather than a production freeze," he said.

The 13-nation OPEC oil cartel, of which Saudi Arabia, Venezuela, Qatar and Iran are members, has refrained from cutting output as it looks to maintain market share in the face of competition from US shale oil producers.

Russia -- which is not a member of the oil cartel -- has seen its recession-hit economy damaged further by the slump in oil prices.
Last Update: Feb 16, 2016 2:30 pm
RELATED TOPICS