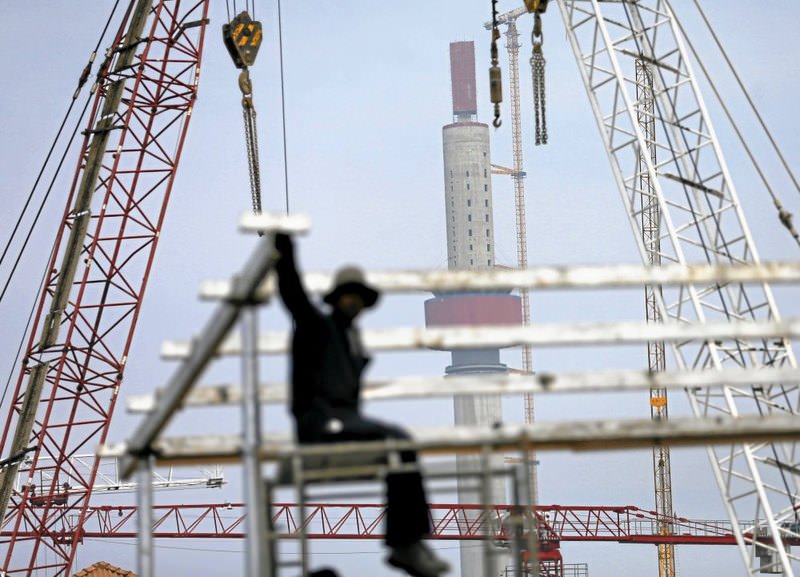 ,Now, it is time for Turkey to utilize Kazakhstan's potential,, Canseyit Tuymebayev, Astana's ambassador to Ankara, said.
by Daily Sabah with AA Feb 19, 2016 12:00 am

While Kazakhstan is in trouble with sharply falling prices, Kazakh officials look to investments from Turkey to heal the economy

Senior Kazakh officials have called on Turkish business people to invest in their country as a decline in oil prices hurts the Central Asian state's economy.

"From this podium, I am inviting you to Kazakhstan. Come to us, work with us and win... Let's enter the big Chinese and Muslim markets together," Gulmira Isayeva, Kazakhstan's deputy agriculture minister, told a group of Turkish business people in Istanbul on Thursday.

While Kazakhstan's long- and short-term ratings were lowered to BBB-/A-3 from BBB/A-2, S&P said "weak exports and shrinking consumption will significantly constrain the country's economic prospects, with output stagnating in 2016, followed by an only modest recovery."

"Now, it is time for Turkey to utilize Kazakhstan's potential," Canseyit Tuymebayev, Astana's ambassador to Turkey, said. Tuymebayev, speaking in Turkish, stressed the fact that his country is a member of the Eurasian Economic Union. Russia, Kyrgyzstan, Armenia and Belarus also are members.

Emphasizing the size of the potential Chinese market for Turkey and Kazakhstan, Tuymebayev said transport infrastructure was important. "It is a strategic [step]," Tuymebayev said.

Omer Vardan, the chairman of Turkey's Foreign Economic Relations Board, also stressed transport, saying: "I cannot speak of deepening economic relations if you have to carry marble with airplanes."

Turkey plans to extend a regional railway project, known as the Kars-Baku-Tbilisi line, to Kazakhstan.

During a visit to Kazakhstan earlier this month, Prime Minister Ahmet Davutoğlu said the two states would be "central countries" in Eurasia in the fields of energy, trade and transportation.

"As soon as the Middle Corridor - a transportation network extending from the Caspian Sea through Turkey and Azerbaijan to Central Asia and China - becomes active, Turkey and Kazakhstan will be two central countries of Eurasia," Davutoğlu said. The foreign trade volume of the two countries stood at around $1.8 billion, according to the Economy Ministry's 2015 figures.

However, this volume has been in decline in recent years.