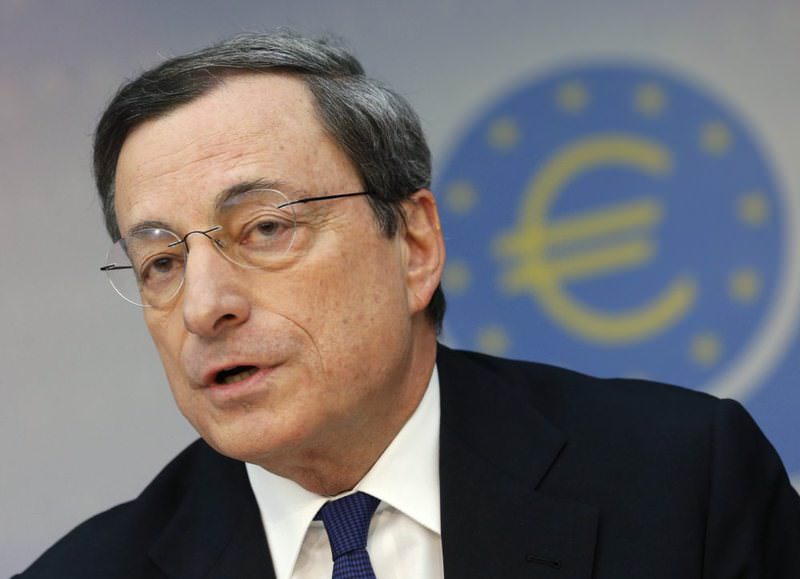 European Central Bank President Mario Draghi has consistently hinted at further measures over the past few weeks, and the markets clearly expect some further bold action with the announced inflation numbers.
by Associated Press Mar 01, 2016 12:00 am

The level of eurozone consumer prices was 0.2 percent lower in February compared to the same month of 2015. This unexpected fall in inflation enhanced the possibility of another stimulus package from the European Central Bank

Inflation across the 19-country eurozone turned negative in February, official figures showed yesterday, in a development that will boost expectations that the European Central Bank will unveil another stimulus package at its next policy meeting on March 10. Statistics agency Eurostat said consumer prices across the region were down 0.2 percent in February from the year before, against a 0.3 percent rise the previous month. The decline was way more than anticipated the consensus in the markets was for a drop to zero.

The decline is largely due to a big decrease in energy costs, which were 8 percent lower in the year to February against the previous month's 5.4 percent drop. However, the core rate, which strips out the volatile items of energy, food, alcohol and tobacco, was weak too, falling to 0.7 percent from 1 percent. That shows how weak price pressures from such things as higher wages are in the eurozone economy.

Since the ECB aims for inflation just below 2 percent, February's negative rate could mean it cuts interest rates further or expands its bond-buying program inflation has been below target since February 2013. "Poorly anchored inflation expectations and the cooling economy will prompt the ECB to ease already-accommodative monetary policy," said Tomas Holinka, economist at Moody's Analytics.

The great concern is that inflation will fall further over the coming months because of the continued weakness in oil prices and a murkier global economic outlook, largely fueled by unease over the economic slowdown in China. The eurozone experienced a bout of falling prices about a year ago but it didn't last long, helped in part by ECB stimulus measures and a falling euro, which made the price of imports dearer. When falling prices become entrenched they can weigh heavily on an economy, as Japan's experience over the past quarter of a century can testify to. So-called deflation can become a vicious cycle and push prices down further. Falling prices could prompt consumers to delay purchases and businesses to shy away from investments.

By keeping interest rates low and pumping money into the economy via its bond-buying program worth over a trillion euros, the ECB is hoping to generate enough economic activity to get prices rising.

ECB President Mario Draghi has consistently hinted at further measures over the past few weeks and the markets clearly now expect some further bold action. Measures being touted include a further cut into negative territory of the rate the ECB pays banks on their deposits at the central bank. It currently stands at minus 0.3 percent, meaning banks have to pay to keep money at the ECB. The negative rate is an unusual step aimed at pushing banks to lend excess cash rather than hoard it. But it also nicks their profits unless they pass the costs on in some way to customers.

Timo del Carpio, European economist at RBC Capital Markets, says those on the ECB's policymaking body who have been at best reticent over a further stimulus, whether it be a further cut in the deposit rate or an expansion in the bond-buying program, will likely be concerned by the pronounced decline in the core inflation rate. "Against this backdrop, a 'wait-and-see' approach simply does not appear to be a viable policy option at this stage," he said. Expectations of further action from the ECB weighed on the euro. Europe's single currency was down 0.3 percent on the day at $1.09.
RELATED TOPICS