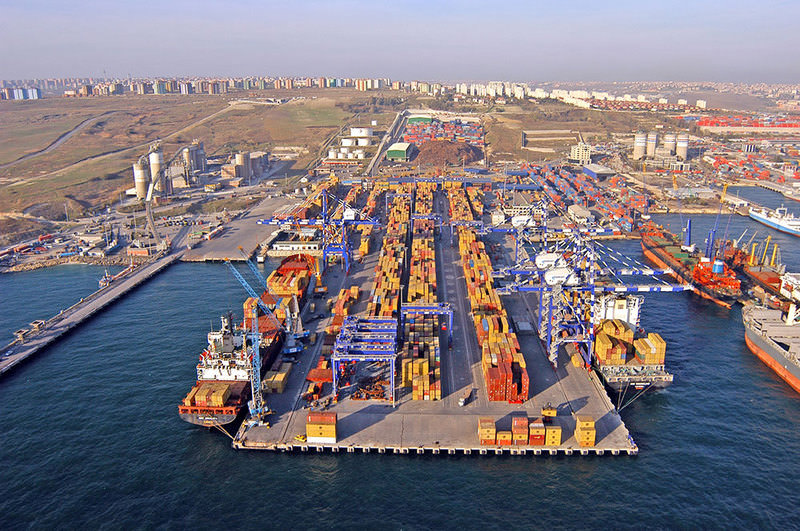 by Anadolu Agency Mar 01, 2016 12:00 am
Turkey's exports have increased slightly in February compared with the same period last year after 14 months of decline, the Exporters' Assembly of Turkey (TIM) reported on Tuesday.

Exports totaled $10.8 billion last month with an increase of 3.1 percent year-on-year, while it reached $20.4 billion in the first two months of the year, which is a decline of 16.9 percent compared with the same period last year, according to TIM.

"The negative effect of the euro-dollar parity was around $128 million over exports in January," the assembly said.

Noting that the increase was boosted the morale of exporters, TIM Chairman Mehmet Büyükekşi stated that with the support of exports, they believe that Turkey would achieve its five percent growth goal for 2017. He expressed that despite the 11 percent setback in global trade in 2015, Turkey has achieved 3.4 percent growth rate in the third quarter of the year.

Büyükekşi said TIM will send trade delegation to 34 countries that make up half of the world's economy and one-thirds of trade. He added TIM currently analyses the effects of Trans-Pacific Partnership trade agreement between the U.S. and the EU, and they will soon make the analysis public.

Turkey's total exports within the last 12 months stood at $139.7 billion, down by 10.8 percent compared with the same period last year.

The largest volume of exports was made by the country's automotive industry in the month with almost $2 billion worth of exports, followed by the ready-made clothing sector with $1.42 billion and the chemical materials and products sector with $1.14 billion, according to the data released by TIM.

Germany, Italy, France, U.K. and Iraq were the largest export markets for Turkey in February.

The country's exports to Italy increased by 15.7 percent, to Germany by 13.1 percent and to France by 12 percent in January compared with the same month in 2015. Exports to Iraq declined by 5.8 percent.

The largest increase in the country's exports among the top 30 markets was seen in Ukraine with an increase of 47 percent, followed by Egypt with 46.7 percent and Greece with 40 percent.
Last Update: Mar 01, 2016 12:54 pm
RELATED TOPICS