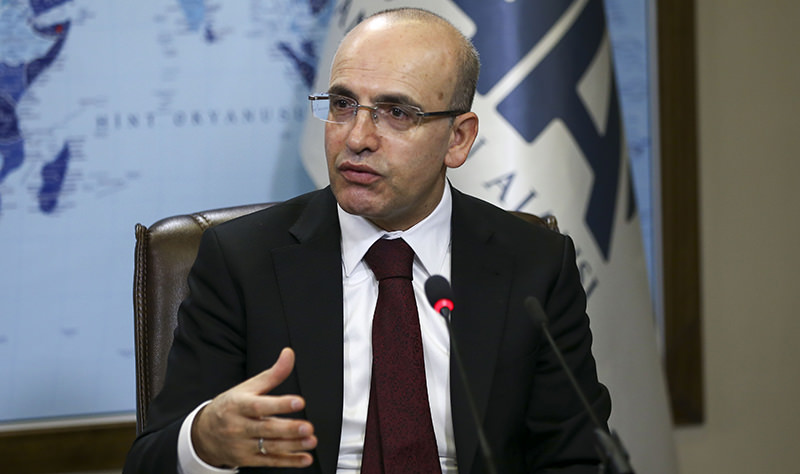 Stressing that the primary function of central banks is to curb temporary economic volatilities, deputy prime minister in charge of the economy, Şimşek, said interest rates are too high, and Turkey should increase its savings ratio

Speaking to Anadolu Agency (AA), deputy prime minister in charge of the economy, Mehmet Şimşek, said following the global crisis, the expectations from the central banks have been at peak. "The expectations are so high, as if the central banks were superheroes. There is no such thing. There is no way for financial politics to bring the global economy on its feet by themselves. These expectations are false. Central banks cannot solve the problem on their own, but can only provide temporary relief and convenience," Şimşek said.

Regarding the interest rate, he said: "President [Recep Tayyip Erdoğan] is right. The interest rates are high, but why are they high? We have to look into it. Turkey's savings rate is very low, meaning that we gain and we instantly spend. The lower the savings rate is, the more you need to rely on external resources."

Şimşek added that the loan to deposit ratio within the banking systems reached 120 percent, while this ratio was over 140 percent in terms of Turkish lira. "The system cannot grow due to lack of fund fluidity, that's why the interest rates are so high."

Emphasizing that the pace of development increased during the periods of stable political power, Şimşek stressed that Adnan Menderes and Turgut Özal conducted work that paved the way for their era and generated reforms. "If Turkey is not playing in the same league with Egypt and Iran in terms of issues such as per capita income - as we do not have access to oil but they do - we would be in a much worse situation, and it is because of the late Turgut Özal. A country's foreign expansion is crucial during first generation reforms," Şimşek said.

Şimşek also stressed that coalitions were the common traits of the 1970s and 1990s, and between 2001 and 2002, there was a coalition that represented center-right, center-left and the nationalist group. Highlighting that reforms have been made during the Justice and Development Party's (AK Party) rule and Turkey has rapidly developed, Şimşek added: "If there is governmental stability, political power, a strong government and capacity to make reforms in Turkey, it develops rapidly. If not, Turkey takes a step back, such as during the coalition periods. Is there a permanent solution for coalitions? Yes, there is, and it is the presidential system. All-in-all, several presidential candidates compete, and one of them will lead this country for five years by taking 50 percent or more of the people's votes. It is obvious by whom and by which team Turkey will be governed for five years."
Last Update: Mar 04, 2016 8:31 pm
RELATED TOPICS