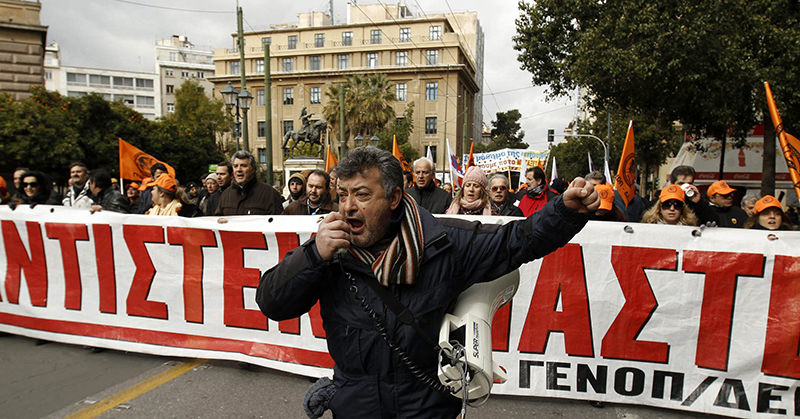 Greek unemployment increased to 24.4 percent in the last three months of 2015, as a leading labor union warned that joblessness will not return to pre-crisis levels for at least 20 years.

The country's statistical authority says 1.17 million people were out of work in October-December 2015, a 1.2 percentage point increase over July-September of last year.

Also Thursday, the GSEE umbrella private sector union said it doesn't expect unemployment to return to pre-crisis levels of just over 7 percent until 2036. A GSEE study described labor market conditions as "dramatic," noting that 74 percent of jobless Greeks have been unemployed for more than a year.

The study also lamented the deterioration in job quality, saying 55 percent of 2015 hirings offered flexible rather than full-time contracts.