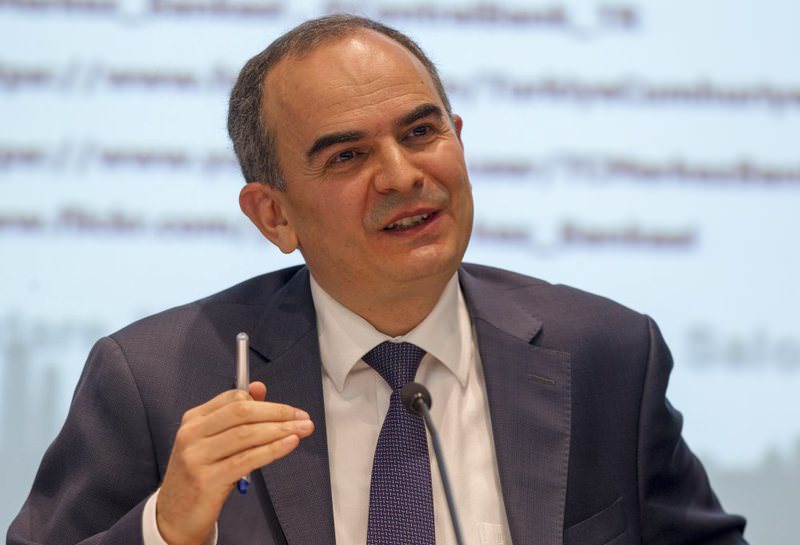 While the Turkish Central Bank Governor Başçı's term is nearing its end; failure to reach inflation targets is now on Parliament's agenda. Başçı points to an increase in the foreign exchange rate and high food prices as the reasons behind failure, and calls for a collective effort

The Central Bank of the Republic of Turkey (CRBT) pledged to continue to do its share in reducing inflation as the fight against inflation requires "a collective effort." CRBT Governor Erdem Başçı, who will leave office on April 19, stressed that all institutions must determinedly maintain the efforts that have been made in recent years in order to bring the inflation down to 5 percent permanently. "Macro-prudential measures which are taken for prudential borrowing constitute a favorable ground for the anti-inflation struggle by contributing to the balanced growth," he told.

Criticisms of the CBRT'S inflation targeting and interest polices were taken to Parliament's agenda. Başcı and CRBT Deputy Governor Mehmet Yörükoğlu answered the parliamentary question that was directed to Prime Minister Ahmet Davutoğlu. In response to a question of whether the CRBT's failure to reach the estimated inflation figure stems from the inconsistency between inter-institution monetary policies, Başçı said that the inflation was realized above expectations mainly because of a cumulative increase in foreign exchange rates and the high trend in food prices.

Touching on last year's year-end inflation target of 5.5 percent, Başçı said that the year-end inflation was realized at 8.81 percent as a result of deviations in inflation assumptions and the developments that effect inflation dynamics throughout the year. "It significantly exceeded the target. In accordance with the CRBT law, we wrote an open letter to the government about the reasons for this deviation as well as the measure that have been taken or must be taken to reach the inflation goals." he added.

According to Başçı's statements, pressure resulting from both food prices and foreign exchange rates lasted longer than previous periods - which strengthened inflation as it had both direct and negative impacts on expectations. The Consumer Price Index (CPI) caused inflation to remain high in services and groups where retrospective indexation behavior is strong. Since mid-2013, when uncertainties about global monetary policies started escalating, the currencies of developing countries have experienced a significant decline in their value. As a result of the persistence of this outlook in 2015 and domestic uncertainties, the Turkish lira lost nearly 20 percent of its value in 2015 against the foreign currency basket. The direct impacts of the loss in value were clearly seen on core inflation through commodity prices, which became a subgroup that made the highest contribution to the CPI inflation at the end of 2015.

The fact that rises in foreign exchange rates reached a cumulatively high level had an impact on the food and service sectors. With the deterioration in expectations and pricing behaviors, the secondary effects of the loss of value in the Turkish lira were also seen in the inflation in these groups. Despite the significant decline in the prices of imported goods and international oil prices, the impact of developments in foreign exchange rates on inflation reached nearly three points as of the end of 2015. Another reason why inflation exceeded estimations is that the annual inflation in food items stood at 10.9 percent, which is far above the goal-compatible levels. Food prices negatively affected inflation in the service sector through food services throughout the year.

Highlighting that the 10-year experience that was gained about inflation targeting requires "a collective effort" in the anti-inflation struggle, Başçı said structural elements regarding public revenues, wage-price policies and food prices are an important part of the fight against inflation.
RELATED TOPICS