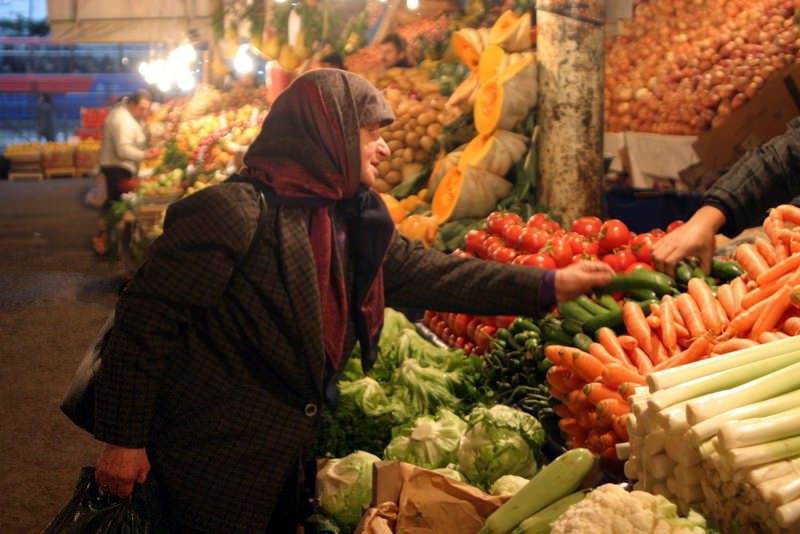 Given the favorable conditions leading inflation to follow a decreasing trend on an annual basis, Prime Minister Davutoğlu said it is now prudent to bring down interest rates in line with inflation

Speaking at the Justice and Development Party's (AK Party) group meeting at the Grand National Assembly of Turkey (TBMM), Prime Minister Ahmet Davutoğlu said interest rates, exchange rates and inflation would take a downward trend during the next period. Indicating that interest rates as well as inflation's upward effect would reverse, Davutoğlu added that the March inflation rate communicated a positive message by occurring below market expectations. The annual inflation rate maintaining the 7.46 percent level in March was the lowest rate over the past seven months. Davutoğlu said they would keep fighting to reduce inflation even more.

Recalling that the growth rate was 5.7 percent above the expectations in the last quarter of 2015 while the total growth throughout the year reached 4 percent, Davutoğlu stressed that this growth occurred as a part of the election conditions. "Political stability brings economic stability and development in its wake," Davutoğlu said. Indicating that nearly 700,000 people were employed in 2015 and nearly 6.5 million people were provided with jobs since the 2007-2008 global financial crises, Davutoğlu promised that 2016 would be an advantageous year for Turkey.

Led by the unexpected drastic decline in the food sector, Consumer Price Inflation decreased 0.04 percent while annual inflation reduced from 8.78 percent to 7.46 percent in March, according to data released by the Turkish Statistical Institute (TurkStat)

Moreover, yesterday, the Central Bank of the Republic of Turkey (CBRT) published the monthly "Price Developments Report." According to the report, prices of unprocessed food were the major driver in bringing down inflation in March. The report also drew particular attention to red meat, saying the decreasing trend continued in March, while explaining that inflation for the unprocessed food group decreased 8.7 points, falling to 0.22 percent in annual terms.

Along with the decreasing trend in the level of unprocessed food prices, the report also addressed the foreign exchange rates on inflation, whose cumulative effects have been decreasing. It added that parallel to this, core inflation decreased on a yearly basis, and the main trend in annual inflation has been following an ameliorating path.

According to analysts, this decline enhanced the possible discount expectations on the high band of the CBRT's interest rate corridor regardless of who its new governor will be, and the willingness from the political wing regarding the interest discount will be further addressed as well. Thereby, given the favorable conditions accompanying the decreasing trends in annual inflation, experts expect a reasonable decrease in the marginal funding rate.

CBRT Governor Erdem Başçı is expected to leave office on April 19, which is the day before the monthly meeting of the CBRT Monetary Policy Committee. Meanwhile, in March, the CBRT cut the marginal funding rate from 10.75 percent to 10.5 percent, keeping the key interest rates on hold at 7.5 percent for the one-week repo rate and 7.25 percent for the borrowing rate. Considering the slight decrease in volatility in global uncertainties, the CBRT Monetary Policy Committee decided to narrow the gap between the lowest and highest interest rate levels as a cautionary step for simplification in reference to the bank's plans to change the three-level interest rate system to one key rate.
RELATED TOPICS