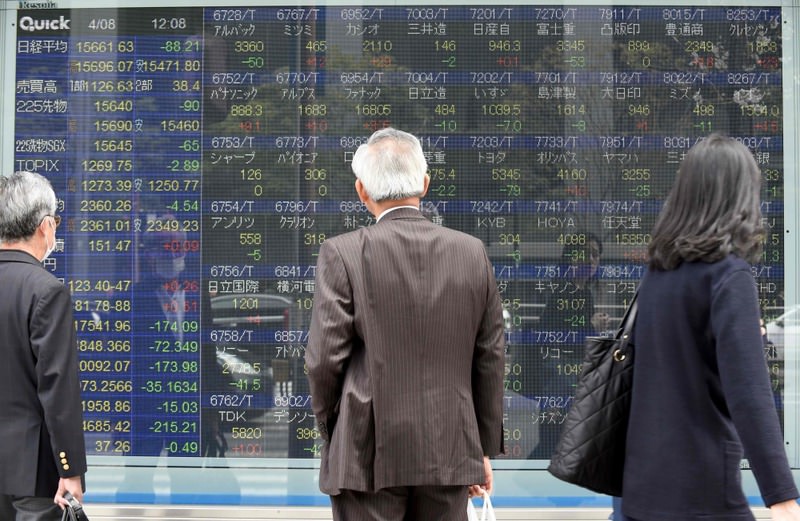 by Apr 11, 2016 12:00 am
With the world economy entering a more uncertain phase and the top central banks sounding ever more cautious, attention may turn in the coming week to signs of whether years of aggressive stimulus have yielded any significant rise in inflation. The U.S. Federal Reserve, the Bank of England and the European Central Bank all have been disappointed to varying degrees about how little inflation has picked up, or indeed how it has spent too much time going the opposite way. The Bank of Japan, which has been trying to ward off deflation going on two decades, has now been hit with a counterproductive surge in the yen after a contested decision last month to adopt a tiny negative interest rate.

Even in China, where it is difficult to fathom the sheer magnitude of fiscal and monetary stimulus Beijing has piled on since the financial crisis, consumer price inflation is remarkably tame and likely to remain so.

For developed economies, the worry is whether a slowdown in growth over the past several months will get in the way of what many central banks are hoping for: pressure on inflation through wages as labour increasingly becomes more scarce.

Already there are signs the dramatic fall in unemployment in the United States and Britain, and to a lesser extent the euro zone, is starting to slow, which is normal this far into an economic expansion, albeit an uneven and lacklustre one.

"The U.S. merits special attention," writes David Hensley, a director of global research at J.P. Morgan. "If the U.S. unemployment rate were to stabilize at 5 percent, the Fed would have much less incentive to hike rates unless this level of unemployment turns out to be low enough to generate a sustained rise in wage and price inflation, something Chair Yellen has expressed considerable skepticism about."

So far, measures of underlying price pressures that strip out volatile energy and food prices have risen to close to or even above where the Fed likes them to be. But they have shown little sign of climbing beyond that, hence the caution on rates. U.S. inflation as measured by the Consumer Price Index (CPI) is expected to rise to 1.2 percent on a year ago, and steady around 2.3 percent on a core basis, according to a preliminary Reuters poll of economists for data due on Thursday.

In Britain, where the central bank has left its key interest rate at a record low for seven years and shows no sign of moving for at least another, inflation is even weaker. The UK CPI is forecast to rise by just 0.4 percent on a year ago and 1.3 percent on a core basis, in data due Tuesday, a few days before the Bank of England sets policy. No dissent on a unanimously-forecast decision to leave rates steady is expected. The U.K. jobless rate has stabilised at 5.1 percent over the last few months. That has followed a recent softening in wage inflation as well as a slowdown in economic growth and investment plans ahead of a June 23 referendum on whether Britain should remain in or leave the European Union. In the euro zone, where the European Central Bank just delivered an unexpectedly large dose of extra stimulus, growth has been holding up relatively well, but progress in getting the unemployment rate down has also slowed. Euro zone inflation is expected to be confirmed at -0.1 percent, well short of its goal of just under 2 percent. If that itself weren't enough of a worry, the euro, like the yen, is stubbornly rallying just when central bank policymakers have delivered stimulus with the hope of spurring on export performance and importing inflation from abroad. This suggests to many observers that central banks are near or at the end of their policy reach. The start of the U.S. company earnings season is also set to kick off, with hopes abound that a reprieve from the dollar's climb may improve the outlook after one of the most volatile starts to the year ever for Wall Street.

The worry, again, is that a tamer dollar will hurt performance at companies based in Europe, Japan and elsewhere, underscoring the reasons behind the Fed's caution about the international backdrop behind its policy stance. What might end up grabbing even more attention before the World Bank and IMF meetings at the end of the week could hit the root of much of the Fed's caution since it began contemplating its first rate rise in nearly a decade last year.