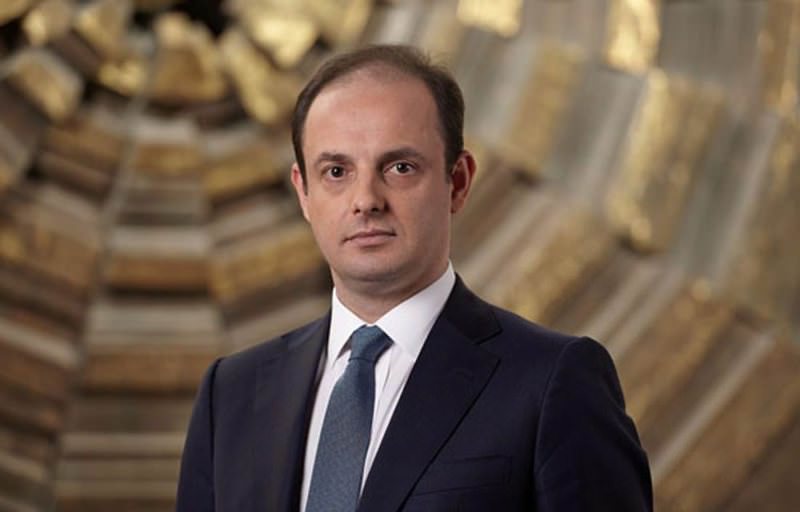 Murat Çetinkaya took over governing the Central Bank of Republic of Turkey (CBRT) from Erdem Başçı during a meeting Tuesday evening at CBRT headquarters in Ankara.

Başçı, the former governor of the CBRT, began his 5-year term as governor of the CBRT on April 14, 2011. He began working for the CBRT in 2003 and served as deputy governor for eight years. As an assistant professor, Başçı studied and lectured in the fields of monetary policies and macroeconomic theories. According to those in-the-know, Başçı's reappointment was considered unlikely due to frequent criticism of his interest rate policies, since they were seen as a block to investment. The relationship between interest and inflation is often discussed by economists, since despite maintaining high-interest rates, the CBRT was several times unable to hit target inflation levels. The new governor's rate policy will be followed closely by the markets. Başçı will now serve as Turkey's ambassador to the Organization for Economic Co-operation and Development (OECD).

Çetinkaya was born in 1976, and the new governor of the CBRT studied political science, international relations and sociology at Boğaziçi University, before doing his master's degree at Boğaziçi, and is currently writing his doctoral dissertation on international finance and political economy, also for Boğaziçi University. Çetinkaya started his career in the international banking and treasury divisions of Albaraka participation bank, and he later joined semi-public Halkbank in 2003, where he rose to the rank of vice-general manager in charge of international banking and investor relations. He also held board member duties in several bank ventures. He served as the vice-general manager at the Kuveyt Türk participation bank from 2008 to 2012, until he was appointed as the vice governor of the CBRT.

Çetinkaya's appointment as an experienced name in the field was welcomed very positively by domestic markets. As the monetary policymaker, the CBRT's new governor was an issue of concern, and the positive perception by domestic markets of Çetinkaya is expected to enhance confidence in the CBRT. On Monday last week, markets reacted positively to the appointment of Murat Çetinkaya as the new governor of the CBRT, with the compound interest rate of the two-year benchmark bond hitting 9.57 percent - the lowest level in 11 months. The interest rate on the two-year benchmark bond was being traded at 9.97 percent on Friday last week. The 10-year benchmark bond rate saw its lowest level at 9.65 percent.

New CBRT Governor Çetinkaya will lead his first Monetary Policy Committee (MPC) meeting today. As the outcome of the meeting, in line with the decreasing of the interest rate of the two-year indicator bond to 9.32 percent, the lowest level of the year, and the market expectations, Çetinkaya is expected to cut the interest rate. Prior to the decision of the MPC today, most economists expected to go with a 50-base-point cut in the upper bound of the interest corridor, which is currently 7.25 percent for the overnight borrowing rate and 10.5 percent for the overnight lending rate. The decreasing trend in domestic inflation, backed by the global conditions in favor of emerging markets, is expected to spur Çetinkaya to announce the overnight lending rate at 10 percent. U.S.-based JP Morgan announced that it expects a 50-base-point decrease in the upper-bound of the interest rate corridor. It also said that it expects the CBRT to refrain from going for sharp cuts in interest rates and decreasing the policy rate.
RELATED TOPICS