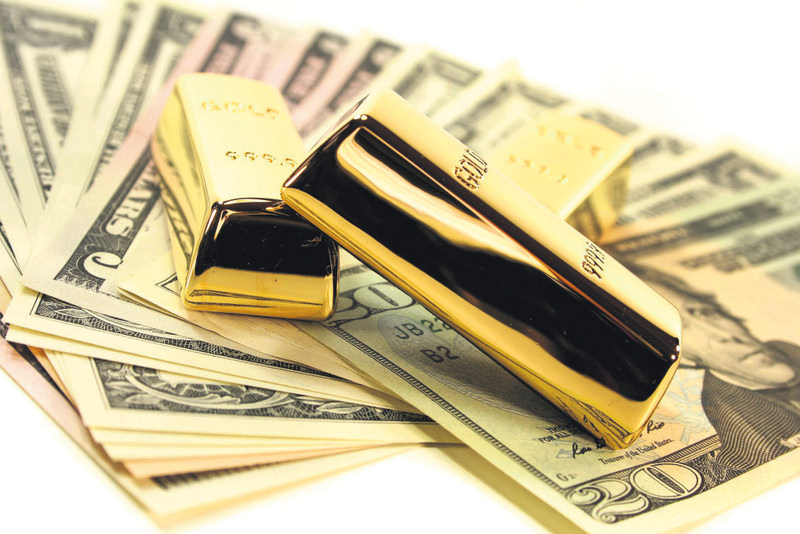 by Daily Sabah May 03, 2016 12:00 am
Gold prices have hit the highest level in the past 15 months due to the impact of the decline in the dollar and global stocks. The dollar-Turkish lira exchange rate began the week in a downward trend at 2.7893 - marking the lowest level over the past six months.

On Friday, the price of gold rose to $1,297 per ounce, which was the highest level since January 2015, due to the decline in global demand for the dollar. Yesterday, it pushed $1,299 per ounce. On Friday, the of price gold increased to TL 116.61 per gram, the highest level it reached since March 17, despite the downward trend in the dollar-Turkish lira exchange rate. It is hovering around TL 116.28 at the moment.

The dollar decelerated against other currencies in global markets and the dollar index dropped to 92.8 from 95.1 throughout last week. The dollar-Turkish lira exchange rate started the last trading day at 2.8126 last week and dropped to 2.79 at closing due to the impact of declining demand for the dollar in global markets. The dollar started the new week in a downward trend at TL 2.7893 - the lowest level since Nov. 2 - and is being sold for TL 2.7960 at the moment. Meanwhile, the dollar-euro exchange rate has reached 1.1481, marking the highest level over the past six-and-a-half months. The euro-Turkish lira exchange rate has increased to 3.2080. Analysts say that the appreciation of the Turkish lira continues as it has been positively affected by global optimism. Moreover, tomorrow's inflation data will be the most important development for the lira this week. If the dollar falls below TL 2.80, it might even drop to TL 2.75. In case of possible rises, it will stand at the resistive level of TL 2.8150. Analysts also suggest the manufacturing industry data, which will be announced in both domestic and international markets today, will be followed, adding that the U.S.'s non-farm payroll data might be a determinant in gold pricing next Friday.
RELATED TOPICS