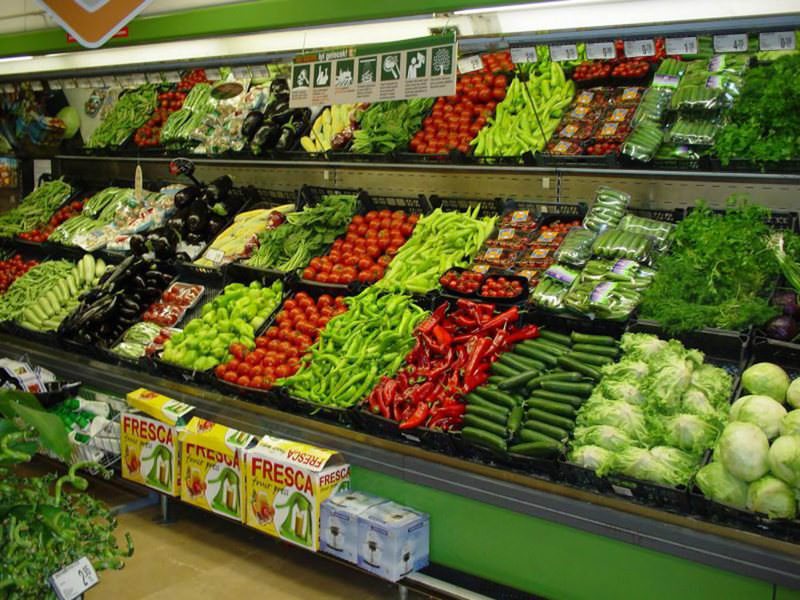 by Daily Sabah May 05, 2016 12:00 am
With 1.38 percent annual inflation, food and non-alcoholic beverages experienced the lowest yearly inflation since 2003 when the index was first calculated. Inflation for food and non-alcoholic beverages decreased by 1.48 percent in April, compared to the previous month, according to data released by the Turkish Statistical Institute (TurkStat).

The consumer price index (CPI) increased by 0.78 percent in April, significantly below the forecast 1 percent, marking an inflation level of 6.57 percent on an annual basis, according to TurkStat data on Tuesday. The CPI increased by 2.55 percent since December 2015. This level marks the lowest inflation in the economy since May 2013 when violent anti-government Gezi Park protests shook the country.

Regarding inflation in April, the Central Bank of the Republic of Turkey (CBRT) published an evaluation report, attributing the declining trend in inflation to the falling trend in the price level of unprocessed food.Declining inflation is expected to support interest rate cuts planned by the CBRT to back economic growth in line with fiscal policies designed by the government. The annual inflation figure in April is also much lower than estimates of around 8.05 percent and the 7.5 percent annual target set by both the CBRT and the medium-term economic plan (MEP) prepared by the government. On the other hand, the highest average price increase in April was in clothing and footwear with 12.60 percent. Prices rose in education by 0.87 percent, followed by recreation and culture with 0.76 percent, furnishings and household equipment with 0.70 percent and transportation with 0.62 percent.
Last Update: May 05, 2016 1:32 am
RELATED TOPICS