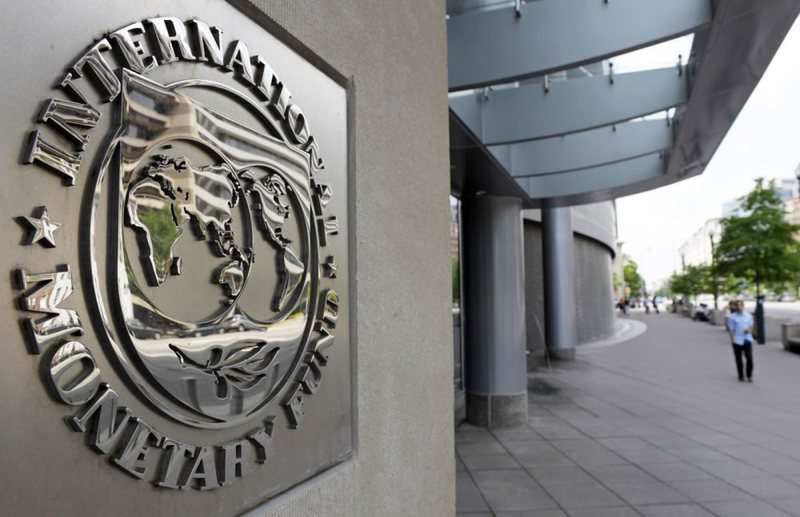 While Turkey has seen a huge decline in its savings rate in 10 years, the IMF attributes Turkey's external imbalance to its low saving rate caused by a stabilized economy with financial independence and wider access to public services and bank credits

Turkey has a large external imbalance because of a low private saving rate, the International Monetary Fund (IMF) said in a report Friday. While Turkey's private sector's savings rate averaged 18 percent between 1998 and 2003, that level fell to 9 percent in 2013, according to the IMF.

Factors including a stabilized economy, financial independence, wider access to public services in urban centers and a larger portion of households gaining access to bank credit have contributed to the decline. Meanwhile, the IMF said that Turkish authorities have taken steps to raise the private savings rate in order to reduce external economic vulnerability, including the introduction of a subsidized third pillar pension scheme, piloting an auto-enrollment funded pension scheme and proposing reform to severance pay policies.

"Full and swift implementation of the pension and severance pay reform plans is key," the IMF said as it urged the swift implementation of new policy efforts in order to reduce vulnerabilities. "Domestic savings, whether private and public, no longer cover investments, opening up a large gap between savings and investments; hence, a current account deficit which averaged over 6.5 percent of the gross domestic product (GDP) between 2010 and 2015," the IMF said.

Meanwhile, a sharp increase in migrant flows and related instabilities due to dislocated security systems in the Middle East are considered to be a "non-negligible" risk for Turkey, with the IMF pointing out that increasing the presence of a female labor force could help support growth in Turkey.

The IMF also said that Turkey has seen an increase in domestic demand. "Turkey is expected to see another year of strong growth. A 30 percent minimum wage increase and the implementation of policies to accommodate that increase mean that both growth and external imbalances will be more elevated than previously expected," the IMF said. With accommodative macroeconomic policies and wage hikes, Turkey's 2016 inflation rate has been increased to 9.8 percent from 7.9 percent, the IMF said. The IMF also expects the current account balance ratio of the GDP to be negative 3.6 percent in 2016 and the total external debt to GDP ratio to be 57.2 percent. Robust growth continues in most central and southeastern European economies and in Turkey, according to the IMF.

"Accommodative macroeconomic policies, improving financial intermediation, and rising real wages have been behind the region's mostly consumption-driven rebound," it said. "In the near-term, strong domestic demand is expected to continue supporting growth amid continued low or negative inflation," it added, noting that it expects countries in the region to grow around 3 percent to 4 percent. Tighter global financial conditions, continued weakness in many emerging economies, political uncertainty and instability risks have been on the rise, creating challenges in the region for the medium-term, the IMF warned. In order to increase growth, the IMF advised that reforms should be made in regional countries by improving labor supply, boosting investment and raising productivity.
RELATED TOPICS