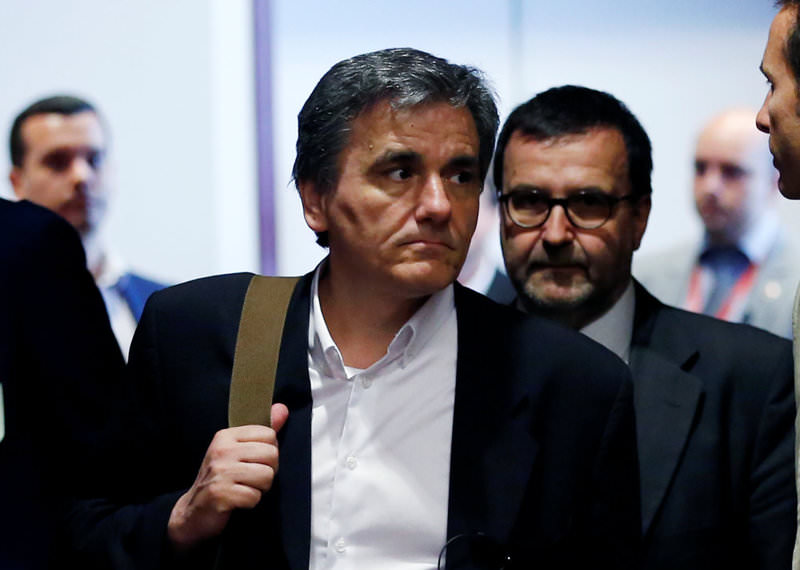 by May 10, 2016 12:00 am
Greek lawmakers Monday approved new tax and pension reforms, a move the left-led government hopes will help unlock fresh bailout funds under a financial lifeline worth up to 86 billion euros extended to Athens last year. Here are key points of the reforms, approved with a majority by the Greek parliament.

Introduces unified retirement rules and a national pension at 384 euros, cuts supplementary pensions, plans to gradually phase out a top-up stipend for pensioners now on lower incomes and recalculate pensions. It also tightens rules on widower or legacy pensions and readjusts replacement rates to curb early retirement. The target is to reduce pension spending by about two percentage points to around 15 percent of GDP by 2019.

Sets social security contributions at 20 percent of employees' net monthly income - with 13.3 percent burdening employers and 6.7 percent employees. Reforms the social security contribution base from notional to actual incomes for the self-employed, including farmers and lawyers, forcing them to make a contribution to pension funds which is phased in over a five-year period to 20 percent of their income instead of a fixed monthly amount currently paid.

Income Tax : Lowers the income tax-free threshold, or personal allowance, to an average of around 8,800 euros a year from around 9,500; makes income bands narrower, increases tax coefficients. Lowest tax band is now 22 percent on a gross income of 20,000 a year compared to 22 percent for 25,000 euros which existed previously. The upper tax band, of 45 percent, is now imposed on gross incomes exceeding 40,000 as opposed to 42 percent on income above 42,000 under the previous arrangement. Includes EU farming subsidies on taxable income. Solidarity Levy : First introduced in 2012, rationale was to assist Greece's army of unemployed. The levy on net incomes ranges from the lowest 2.2 percent on incomes from 12,000 to 20,000 a year, to 5.0 percent up to 30,000, and 6.5 percent up to 40,000. The highest band is 10 percent on incomes above 220,000. By comparison, the highest band in that category was 8.0 percent before the new reform was pushed through, on earnings exceeding half a million euros.