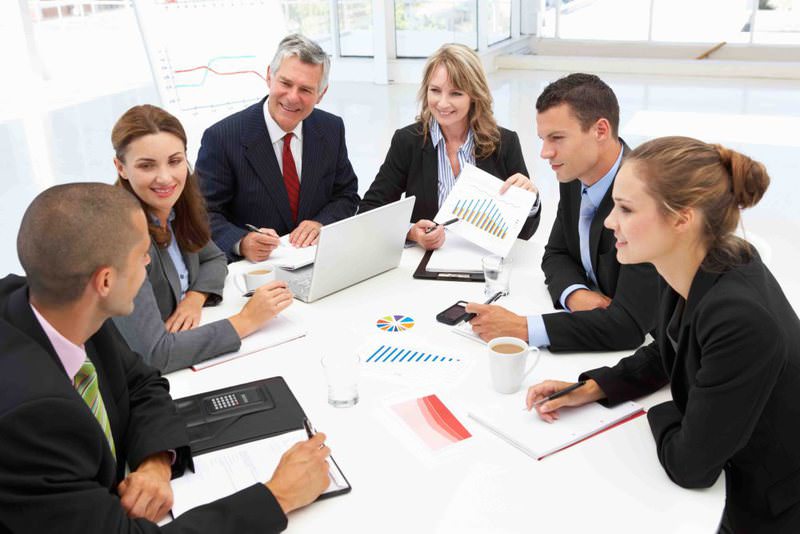 CFOs in Turkish companies are more optimistic about the current financial situation as well as harbor more positive future-oriented financial expectations compared to their European counterparts, according to Deloitte's recent survey

According to a Deloitte survey, CFOs in Turkey have greater future-oriented financial expectations than their European counterparts Deloitte announced the results of the European Chief Financial Officers Survey, which was conducted in 17 countries with nearly 1,500 participants over a 12-month period. Deloitte Turkey CFO Services Director Cem Sezgin said despite being the first time Turkey participated, the country provided the largest number of participants with 167 CFOs, including representatives from Turkey's top 500 firms. He also highlighted that small- and medium-sized enterprises (SMEs) also participated in the survey presented a more comprehensive and clear picture of Turkey's business community.

In terms of future-oriented financial expectations, CFO's from Turkish companies have more positive feelings compared to most of their counterparts in Europe. Despite an environment with tough periods, 75 percent of the CFOs think that the current financial situation will get better. According to Sezgin, various factors such as low oil prices, expectations of political stability following the Nov. 1 elections, recession predictions in the interest rates and the expectation that the demand in Western export markets will increase have supported the positive point of view as well.

Germans do not expect any change

While the most optimistic views belong to Swedish CFOs, as the Swedish economy has exceeded a 4.5 percent growth rate, CFOs from their oil income-dependent neighbor Norway harbor the most pessimistic outlook regarding financial expectations. CFOs in Germany, which is Europe's biggest economy do not foresee any future changes. Considering the upcoming 12 months, 71 percent of Turkish CFOs think incomes and profitability will increase. Turkey is the third-most optimistic country regarding the increase in profitability following Italy and Sweden. A total of 67 percent of the Turkish CFOs think that high level financial and economic uncertainties are present at the moment. While their German and British counterparts are the most pessimistic, Norwegians think the uncertainty level is fairly low. Turkish CFOs have the least risk appetite along with the effect of uncertainty. According to the survey, 94 percent of all CFOs do not think the current period is suitable for taking on more risk. Geopolitical risks and demand recession in the leading export markets are seen as the prominent triggers. Even if they have an optimistic point of view toward the future, they err on the side of caution.

Geopolitical location is the biggest risk

When asked to rank the most critical risks in the next period, geopolitical risk topped the list. Stressing his lack of surprise at the outcome, Sezgin said: "The ongoing conflicts and unstable environment around the geography surrounding Turkey, globalizing wave of terror and the effect of the refugee crisis on the economy naturally affect our companies in a negative way, which have firm commercial relations with their neighbors. The survey also indicated that German and Turkish CFOs rank geopolitical risk at the top, which turned out as one of the most interesting results of the survey." The second biggest risk factor cited in the survey was the fluctuations in the Turkish lira. The drastic increases and decreases of the lira against the dollar and euro between the starting date in February 2016 to the time when it concluded in May 2016 make it inevitable for the CFOs to be constantly cautious.

According to Turkish CFOs, the deterioration in the cash flow is the third biggest risk due to hardships, especially in collections. Unlike previous years, since Turkish companies with aggressive growth goals have recently turned their sights abroad, the fourth risk is the recession in domestic demand. The fifth risk is the increase in the labor cost, and especially after the increase in the minimum wage, this issue will be on CFOs minds for some time. Since each country has its own dynamics that can change within short periods of time, none of the countries gave the same answers as the others. Considering the general picture, political risks are the top problems followed by foreign demand and later domestic demand. European countries with export-oriented economies have seen foreign demand as an unchanged vulnerability since the 2008 global financial crisis.

Defensive strategies are the priority

According to the survey, the first priority for Turkish companies is to restrain costs, and this indicates that the companies will give weight to savings in the near future. Growth is expected to occur in an organic way. While entering new markets was among the key objectives cited, this appetite is expected to decrease this year compared to the previous years. Hence, most of participants said they have designated defensive strategies rather than offensive ones. However, the number of Turkish companies aiming to increase their employment rates is more than the Turkish companies expecting a decrease in the number of employees. Regarding the net employment increase, Turkish CFOs indicated a highly positive perspective on average.

Turkish and Russian CFOs are the least eager to use bank loans compared to their European counterparts. Whether the discount in the interest rates and downward trends of foreign currency will increase the demand in investment-intended bank loans or not is one of the topics that need to be followed closely. On the other hand, Turkish CFOs do not harbor positive thoughts about different financing tools such as bond issuing. Turkish CFOs are the most distant group in this matter after their Italian and Norwegian counterparts. Evaluating the perspective of the companies in terms of incurring debt, the survey indicated that the private sector is currently in debt; therefore, it is only natural that most of the Turkish companies follow a conservative policy about incurring more debt, at least in the short-term. The survey signals that in such an atmosphere, the companies will give priority to growing with their equity capitals. The survey suggested that nearly half of Turkish companies will follow this strategy, and this percentage is seen as by far the highest among the participants as well.