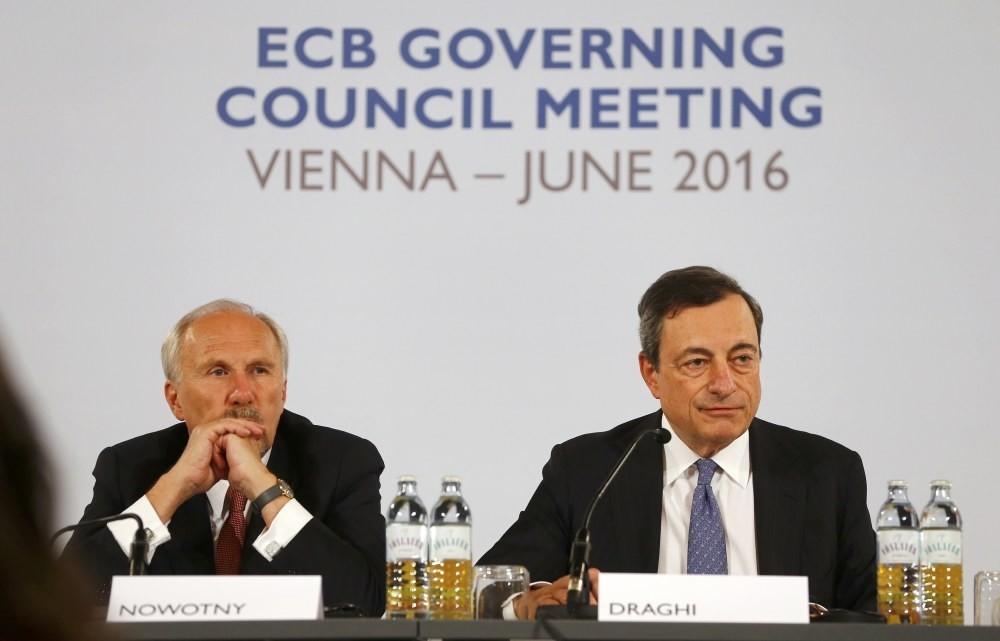 While the European Central Bank holds key interest rates steady with no new stimulus measures, Draghi said existing measures have helped the eurozone economy to slowly recover, calling for member states to not rely on the bank too much

The European Central Bank says its current stimulus measures are boosting the economy of the 19 countries that use the euro— and need time to work before any new monetary jolts are added.

After the bank left its key interest rates unchanged at its meeting Thursday, President Mario Draghi repeated his calls for national governments to take more steps themselves to boost growth and not rely on the central bank so much. He has called for governments to cut red tape that hinders hiring and starting a business, and to spend more on infrastructure and other investment if their finances are in shape to do it.

The ECB on Thursday left its benchmark rate at zero, a record low and did not announce major new stimulus measures. Draghi told a news conference following the meeting of its 25-member governing council in Vienna that existing stimulus measures will continue to feed through to the economy, helping it. "We have to see the full impact of the measures we decided in march. We have to focus on implementation," he said.

The ECB increased its inflation outlook for 2016 to 0.2 percent from 0.1 percent previously. It also nudged up its economic growth prediction, to 1.6 percent from 1.4 percent. At the meeting of its governing council, the bank decided to leave at zero its refinancing rate, which determines what the central bank charges for loans to commercial banks and influences other short-term market interest rates.

It also left at minus 0.4 percent the rate it charges on overnight deposits that commercial banks leave with it. That measure is aimed at pushing banks to take the risks of lending the money rather than hoard it.

On top of rate cuts, the bank is buying 80 billion euros ($89 billion) in bonds each month with newly-printed money in an effort to raise inflation, which at minus 0.1 percent annually is a sign of weak demand and far below the bank's goal of just under 2 percent.

The monthly purchases, to be conducted at least through March 2017, will pump 1.74 trillion euros ($1.94 trillion) that didn't exist before into the banking system in hopes that all that money finds productive use as credit to businesses and consumers. The bank doesn't use a printing press to create money, but simply credits the commercial banks' reserve accounts at the ECB with new euros — something it is entitled to do as the legal issuer of the euro currency.

The ECB this year decided to expand the bond-buying program, which has so far purchased mainly government debt, to also include corporate bonds. On Thursday it decided on a start date of June 8 for the purchases of non-bank corporate bonds.

Central bank policies have wide-randing impact on people's lives, determining everything from what people earn on their savings; not much these days; to what they pay each month in interest on their mortgages. The eurozone economy grew by a decent quarterly rate of 0.5 percent in the first quarter, but unemployment remains high at 10.2 percent and is coming down only slowly.
RELATED TOPICS