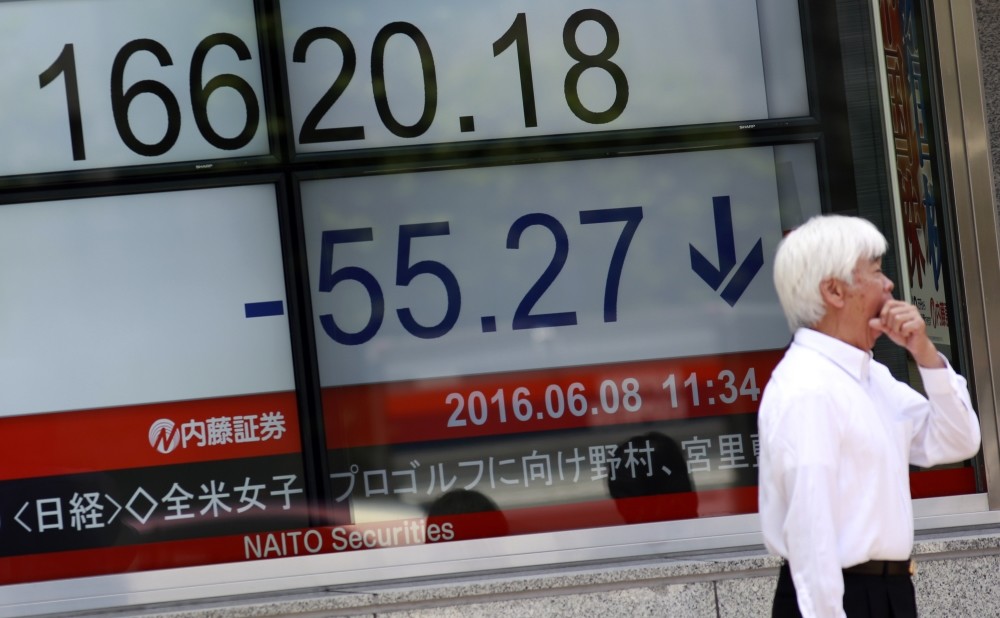 The World Bank is reducing its forecast for the global economy this year — again. The aid agency predicted Tuesday that the world economy will expand 2.4 percent this year, down from the 2.9 percent it expected in January and unchanged from a tepid 2015.

"The global economy is fragile," said World Bank economist Ayhan Kose, who helped produce the forecast. "Growth is weak." In the years since the world began recovering from the 2008 financial crisis, the World Bank and the International Monetary Fund have repeatedly proved too optimistic about the world economy and have had to downgrade their previous forecasts.

The World Bank's latest 2016 forecast is more pessimistic than the IMF's outlook for 3.2 percent global growth this year, a projection made in April. Since then, it's become clearer that low commodity prices continue to vex many developing countries whose economies depend on exports of those commodities. And advanced economies are still struggling to gain momentum as they contend with aging workforces and lackluster productivity growth.

The World Bank expects the U.S. economy to grow 1.9 percent this year, down from 2.4 percent in 2015. The downgrade for the United States reflects a weak first quarter: Growth from January through March reached a negligible 0.8 percent annual rate. U.S. manufacturers have been especially hurt by a strong dollar, which has made their goods more expensive overseas.

The bank expects developing and emerging market economies as a group to grow 3.5 percent this year, down from the 4.1 percent it forecast in January and barely changed from last year's 3.4 percent.

World Bank economists are drawing a distinction between emerging market countries that export commodities and those that import them.

The exporters, crushed by tumbling prices of oil and other commodities, collectively grew just 0.2 percent last year and are expected to expand 0.4 percent in 2016. The importers, which benefit from lower raw materials prices, are still growing at healthy rates — 5.9 percent last year and a predicted 5.8 percent this year.

Latin America has been particularly hard hit. The World Bank predicts that the region's economy will shrink 1.3 percent this year after sliding 0.7 percent in 2015. Brazil, mired in political scandal, is expected to suffer a 4 percent economic contraction in 2016 after shrinking 3.8 percent last year.

The 19 countries that use the euro — the eurozone — will grow 1.6 percent, the same as last year, the World Bank says. Eurozone growth has been constrained by the weakness of European banks, which are still saddled with bad debt and aren't making many new loans.

Japan will expand 0.5 percent, a bit slower than last year, the World Bank predicts. Prime Minister Shinzo Abe's aggressive plans to rejuvenate growth — partly through the Bank of Japan's easy-money policies — have had only mixed results so far. The World Bank left its forecast for China's economic growth unchanged at 6.7 percent. The Chinese economy, the world's second-biggest, has been decelerating for six years as Beijing has sought to move away from dependence on investment in factories and real estate toward slower but steadier growth built on consumer spending.
RELATED TOPICS