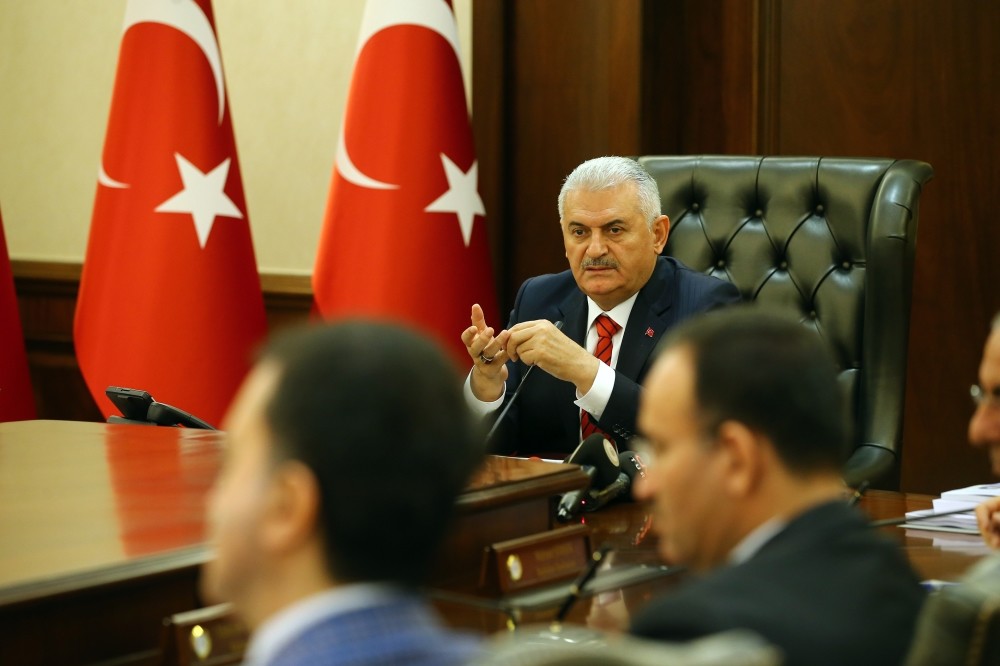 The government is taking extensive measures to create a more attractive environment for investments. Prime Minister Yıldırım announced steps to be taken to alleviate burdens on foreign and domestic investors

Prime Minister Binali Yıldırım has announced new steps to be taken to boost the confidence of both international and domestic investors as well as focusing on solving the problems faced by businesses hit hard by terrorism, through the economic incentive package. The package lowers the tax burden for companies, provides new incentives for businesses, offers debt forgiveness to firms affected by terrorism and eases the employment process for foreigners.

Yıldırım said all grants, incentives and the implementation of the regulations will not be a burden on the fiscal budget compared to the high returns expected on the creation of new jobs that will boost the overall economy, increasing production and revenue in Turkey. Speaking at the televised Council of Ministers in Ankara on Monday, Yıldırım touched on reforms that will alleviate the burden currently being shouldered by investors.

While the government made regulations on stamp taxes, the prime minister also pointed out that the establishment and the liquidation of firms will become much easier. In particular, new firms that are required to submit 10 copies of their contractual agreements in the foundation process will only see the stamp tax taken out of one of those copies. Yıldırım added that no stamp taxes will be taken from the contract of technology investment supply as well as from the firms planning to be involved in business abroad.

Yıldırım also said no corporate tax will be taken from international firms planning to make Turkey its base, pointing to a giant international firm that decided to manage 70 of its firms from its headquarters in Turkey, adding that it will be exempt from corporate income tax.

Another tax exemption will be implemented for the buildings under the scope of tax of agricultural investment incentive, which will not have to pay residential taxes for five years.

Yıldırım also said that businessmen coming from abroad, willing to evaluate their capital in Turkey will not be exposed to heavy procedures questioning their background except for those whose funds arise from terrorist activities and the underground world.

Furthermore, in order to support the transportation sector in Turkey, Yıldırım announced that vehicles such as taxis and trucks will not be accountable for the Private Consumption Tax (ÖTV), when they are renovated.

In addition, the government made regulations regarding the rights of investors and businesses to have access to funds. In line with the cuts to the interest rate by the Central Bank of the Republic of Turkey (CBRT), which will support a decline in the credit costs, the movable assets such as vehicles will also be counted as collateral aside from the traditional immoveable assets.

Also, targeting local businessmen, the debt burden of more than 110,000 artisans will be alleviated, said Yıldırım, adding that artisans will be exempt from interest imposed due to late payments and the remaining capital of the debt will be restructured through the support of state agencies financing the late payment interests of TL 400 trillion ($138.1 trillion).

Yıldırım also addressed checks, whose enforcement in the case of fail payments will be strengthened.

For agricultural investments, Yıldırım said grants and other forms of support will be given more systematically - biannually - to increase the efficiency of grants in the sector. Regarding a new type of stock exchange, Yıldırım said licensed stock brokerage will be implemented and product market will be established, adding that this will raise the value of the products from the producer side and eliminate the intermediaries. Thereby, products will be priced in a unified manner as a financial tool to bring buyers and sellers together simultaneously. In order to attract new, inquiring minds and fresh ideas to Turkey, Yıldırım said through the turquoise card will be given to highly skilled people regardless of their nationality who can then take advantage of many opportunities and privileges associated with the card.

To increase the saving rate, saving will first start in the public sector, with belt-tightening measures set by the public sector in terms of purchasing equipment such as cars and property in reasonable quantities.

Regarding the development of projects in the eastern regions of Turkey, Yıldırım said that they need more time to focus further on the reform package, which will be announced after Eid Al-Fitr in the first or second Council of Ministers, adding that the reform package will be more extensive than merely addressing the problems of the Eastern provinces.

For the Small- and Medium-Sized Enterprises (SMEs), which were damaged due to terrorism or natural disasters, up to a TL 100, 000 credit will be given to SMEs to recover their losses. Also, in order to support the local industry, SMEs purchasing domestically produced machinery will be given interest-free credit limit of up to TL 300,000.
RELATED TOPICS