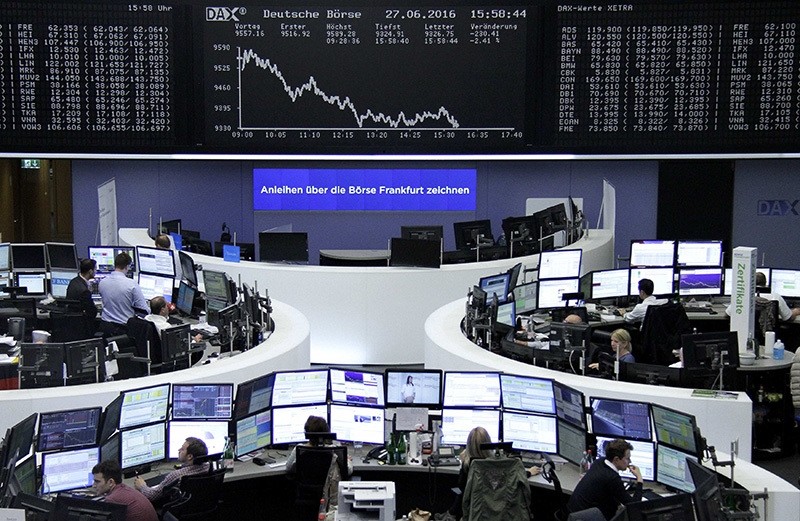 Airlines stocks slid after a gunman on Thursday smashed a truck into a crowd in the French resort of Nice, killing at least 84 people -- in what President Francois Hollande declared a "terrorist" attack.

British no-frills airline EasyJet was among the biggest fallers with its share price off 2.4 percent mid-afternoon.

"There was an understandably muted tone to the markets... the latest (of) tragedies in France making everything seem a bit frivolous," said Connor Campbell, an analyst at Spreadex trading group.

Hollande declared three days of mourning after the assault, as shellshocked France found itself again mourning its dead after attacks on Charlie Hebdo magazine in January 2015 and the November 2015 massacre in Paris.

US retail sales jumped 0.6 percent, exceeding expectations, bolstered by strong gains in building materials and garden supplies and most categories.

The lack of impact on US equities after the Nice attack shows how "senseless acts of terrorism don't resonate fully in capital markets unless they are perceived to have a material economic impact," said Briefing.com analyst Patrick O'Hare.

Asian stock markets climbed for a fifth-straight session and after China released data showing the economy grew more than expected in the second quarter.