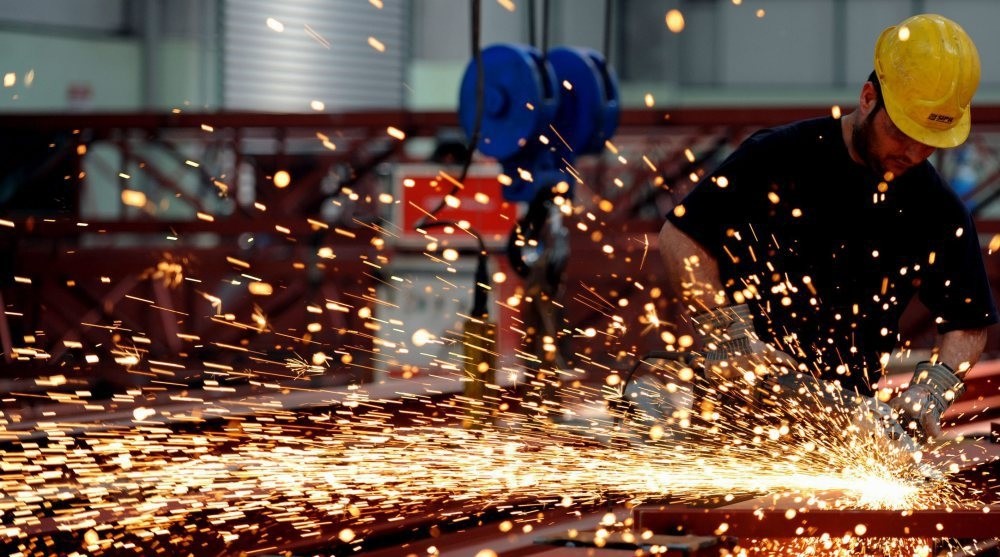 The banking sector agrees that to reduce lending rates and support investments and production, deposit costs must drop and savings must increase.
by Anadolu Agency Jul 28, 2016 12:00 am

After the central bank stepped in, cutting the upper band interest rate by 200 base points to back business activity, banking sector leaders say reduced deposit costs and an increase in saving will help the sector reflect the cut into loan rates

Banks express that to reduce lending, support real economy, deposit costs must drop and savings must increase. Since during the last six months, the Central Bank of the Republic of Turkey (CBRT) has launched a series of interest rate cuts, government authorities and business world representatives have called on banks to cut loan rates. President Recep Tayyip Erdoğan has said that the finance sector must reduce interest rates to enable investors to take steps to provide low-interest loans to encourage national development.

Banking sector representatives have said they want to reduce lending rates, but stipulated certain conditions for such a reduction. They note that although the CBRT has discounted 200-basis points on the upper band of the interest rate corridor since March, the decrease in the cost of funding provided to banks from CBRT stands between 90 to 100 basis points.

Sector representatives assert that most of the loans that they offer to commercial and individual customers come from deposits. They stress deposit costs must drop in order to cut credit rates, adding that an increase in savings, as well as steps that the Banking Regulation and Supervision Agency (BDDK) can take to reduce costs for banks, will have positive effects on loan rates.

Ali Fuat Taşkesenlioğlu, CEO of Turkey's state-run lender Halkbank, told Anadolu Agency that the decision by CBRT for an interest rate cut has relieved markets and boosted the morale of the business world, a necessary economic mobilization to avoid allowing terrorist acts aimed at Turkey from appearing successful.

Stressing that the banking sector's first priority is not to make profit, but to support projects that will help Turkey's development, Taşkesenlioğlu said the recent rise of nominal interest rates has affected the timing of certain decisions that the bank had scheduled. He said that interest rates have not risen, which is a positive development, loan pricing is being maintained and that despite the attempted coup of July 15, loan opportunities are still open.

Taşkesenlioğlu projects that re-pricing will result in a downward movement for deposit rates, and will help bring down lending rates to a more efficient level in the upcoming period. He expects steps taken by BDDK to reduce banking costs will have positive reflections on loan interest rates.

DenizBank General Manager Hakan Ateş assessed the 200-basis point interest rate discount by CBRT as a positive development for markets, adding that the extent to which interest rates are cut will be significant in reflecting on banking costs and have impact on loan interest rates.

Ateş says banks provide TL 105 billion of weekly or nightly funding from CBRT, and the funding provided through term deposits is nearly five times higher. Deposit costs constitute the base of liquidity costs for banks.

Ateş said that despite a discount in interest rates by 200-basis points, the average funding costs for banks borrowing from CBRT could just drop to 8.03 percent with a 78-basis point decline, adding: "Deposit rates hover between 10 to 11 percent, with a certain rise in foreign funding costs. Despite all this, I believe that the interest rate cut by CBRT will soon trigger markets to bring down deposit costs. It is quite natural that exchange and interest rates have risen following such a serious crisis as Turkey endured. What is good is that after such a risky environment, the economic atmosphere is rapidly returning to normal, thanks to the prudent approach demonstrated by the state administration, and the embracing of democracy by Parliament and the public."

Turkish Economy Bank (TEB) General Manager Ümit Leblebici said a large part of interest rate cuts have been reflected on lending rates since March, continuing, "We think this downward trend will gain speed as the speedy decline in deposit rates rises. Banks will do their part for the rapid improvement of the investment climate."

Yapı Kredi Bankası CEO Faik Açıkalın said the data from the Central Bank of the Republic of Turkey (CBRT) for June 2016 reveals that CBRT's benchmark interest rate dropped by 124 basis points, while banks funding costs dropped by 69 basis points, and commercial lending rates dropped by 132 basis points. Açıkalın said banks correctly perceived CBRT's signals and correctly reflected them on markets, adding that for this decline to continue and become permanent, inflation must not experience great movements and follow a downward trend. A sustainable fall in deposit rates must be ensured, given credit deposit rates, which have risen by more than 120 percent.

Akbank authorities stated that Turkey had survived a great crisis, and the exchange and interest rates had experienced volatility, even if slight. Stressing that the Turkish economy and banking sector are robust and normalization will be rapidly ensured, they said the fall of interest rates will enable banks to give more loans to more people, and boost loan quality.

Garanti Bank authorities noted that the Turkish economy and banking sector had quickly overcome an extraordinary challenge, indicating that despite the surge in foreign funding costs, interest rate levels in markets have not risen, thanks to the contributions of Turkish banks and relevant institutions.

Garanti Bank authorities assert that the public maintenance of calm and embracing the country and economy played a key role in overcoming the extraordinary period with minimal losses. They said even if the CBRT cut on overnight interest rates was not immediately transitive because of a maturity mismatch, they expect it will certainly eventually reflect in deposit and lending rates.

They said the fall in credit rates occurred in proportion to the fall in average market funding and deposit rates, adding that the 200-basis point cut by the CBRT has already caused a nearly 100-basis point discount in average funding costs, as well as deposit and lending rates. "Parallel with the actions that CBRT will make on market interest rates in the upcoming period, deposit and lending rates will go through similar changes. With the proper actions that our country is making and will continue to make regarding the increase of saving ratios over the medium- and long-term, funding sources will be increased. Thus structural falls in funding costs and loan rates will be possible."
RELATED TOPICS