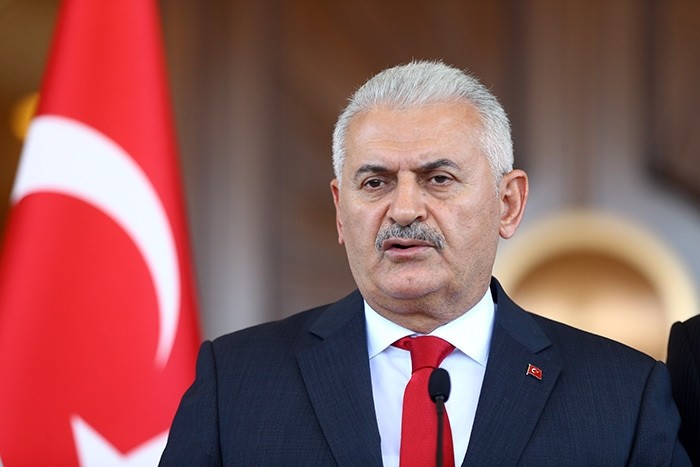 Turkey and its economy are stronger now than before the recent deadly coup attempt, Prime Minister Binali Yıldırım said during a press conference in Ankara late on Monday, adding: "Our economy is still as steady as a rock. There were not even minor economic shocks. But this situation has disturbed some sides."

Those whom Yıldırım described as unnerved include Standard and Poor's (S&P), which decided to cut Turkey's rating. Yıldırım said the decision indicates the company's "bias."

"They downgraded Turkey's rate. Let it be, let them drop Turkey's rating. But we do not stand still with the help of their rate. Our democracy and state of law is also stronger than before the attempted coup."

The U.S.-based international rating agency downgraded Turkey's main sovereign rating from BB+/B to BB/B on July 20, in the wake of the July 15 coup attempt, to little effect. On Monday, S&P raised Turkey's risk level from "moderately high" to "high risk."

Another international ratings agency, Moody's, said on July 18 that it was reviewing Turkey's credit rating.

In line with Yıldırım's remarks, some analysts claimed that credit rating agencies are bound to lose credibility and reputation through hasty, negative decisions which are not based on concrete change in economic indicators while evaluating an economy whose fundamentals are established on solid grounds.

President Recep Tayyip Erdoğan's senior economic adviser Cemil Ertem, speaking to Anadolu Agency (AA) on Monday, said that he does not expect a negative evaluation on the Turkish economy from U.S.-based credit rating agencies Moody's and Fitch this week, as given the economy's strong macroeconomic indicators, negative assessments would cause them to lose credibility.

As shown by recent data, the Turkish economy is supported by investor confidence. Deputy Prime Minister Mehmet Şimşek reported last week that domestic investors exchanged $9 billion for Turkish lira, according to cumulative numbers from the end of Tuesday's closing session for Borsa Istanbul (BIST), for the period following the failed coup attempt on July 15. Thereby, the losses experienced in lira remain limited, and the it has started strengthening against the dollar, dropping below TL 3 per dollar, mostly due to an increase in investor appetite for risk, arising from the Federal Reserve's unwillingness to go for an interest rate hike this year.