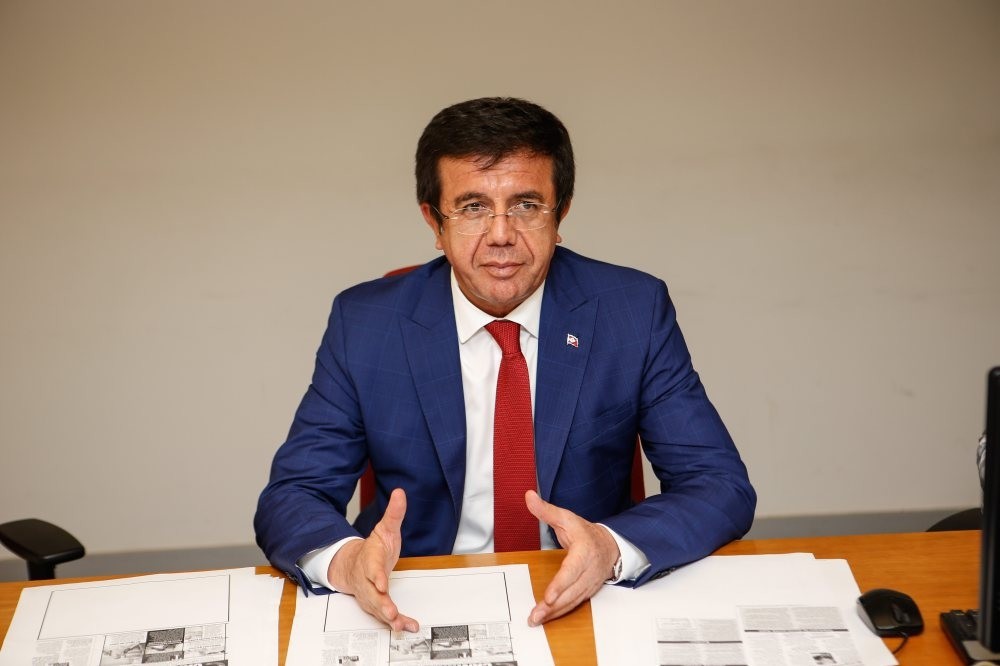 The government is set to announce a new incentive package for both local and global investors including a tax exemption of 20 years in strategic sectors, 10-year fixed prices for electricity, purchase guarantees with loan interest paid by the state

While the government continues a giant move to promote the economy in the aftermath of the coup attempt on July 15, investors are eyeing the new legislative package of incentives for exports. Economy Minister Nihat Zeybekci said the new incentive package would take historic steps to support investments that would accelerate the country's economy, including 20 years of tax exemption, a 10-year fixed price for electricity, purchase guarantees and having loan interest paid by the state.

Suggesting that the approach towards incentives was changing completely, Zeybekci said that supports would cover local as well as foreign investors, without exception. "The roadwork and infrastructure for the land to be invested in will be conducted by the government. The products will be provided with an exchange guarantee," Zeybekci said.

Following President Erdoğan's call to do anything necessary to pave the way for investors, a new incentive mechanism is being activated to make investments more attractive. This package, targeting eastern and southeastern Anatolia, will be announced this week along with investment support packages. The package includes elements such as transportation support, exemption from corporate taxes, an incentive to establish call centers in the region, establishment of a center for young entrepreneurs and consultancy supports. Directed by Prime Minister Binali Yıldırım, a team will meet with investors and offer special incentives according to the type and place of the investment. A series of steps will be taken to decrease taxes and similar burdens, shorten the period of acquiring permits for investment, make the labor force market more competitive, resolve commercial incompatibilities and provide easy and safe access to finance.

Speaking to Daily Sabah regarding the new incentive system, Minister Zeybekci said the incentive system was bringing a new understanding. He said: "The package was expanded in Çankaya. It involves several regulations. Whatever the firms we have selected need - land, guarantees of energy, port access, infrastructure - the state will provide it to them." Noting that they would provide a special one-time incentive for companies with the Cabinet's decision, Zeybekci said it would not matter if the company was local or foreign, the incentives would be offered to all investors.

Detailing the contents of the package, Minister Zeybekci offered an illustrative example of the construction of a strategically important port. The relevant company will construct their factory, while the government will provide it with loan interest, as well as a 20-year tax exemption and a 10-year fixed price for electricity. The state will buy the products produced in the factory and continue to do so for a while. An exchange guarantee will be given for investments that meet the consumption needs of the state. Recalling that Japan and South Korea implemented similar incentive systems in the 1980s, Zeybekci said the state would also provide land for investment. Turkey's needs in certain sectors are to be determined. The need in the sectors of energy, nuclear power, as well as iron and steel are known, but technology, transmission and production bodies should mainly be privatized, according to Zeybekci. A few firms will be selected and provided with incentives to build computers and components for the Akkuyu nuclear power plant.

A strategic sector-oriented study conducted by the Ministry of the Economy will be completed at the end of 2016. Certain companies will be invited and negotiation processes will be opened, chaired by Prime Minister Yıldırım. Incentives will be given by taking their demands and needs under consideration. The strategic sectors that will be provided with incentives include the defense industry, health technologies, petrochemicals and electronics.

It is time to normalize

Stressing the importance of normalization following the attempted coup on July 15, Minister Zeybekci said: "The time to look right or left has passed. It is time to look forward. The people have shouldered democracy. New steps are being taken in parallel with the campaign we started in 24 centers. Documentaries that depict the events in Turkey with the whole truth are being prepared."
RELATED TOPICS