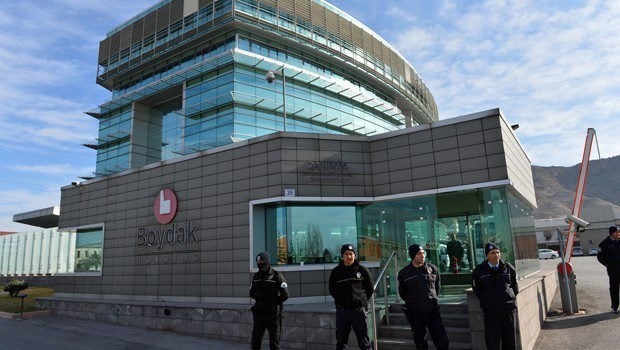 The Boydak Holding was transferred to Turkey's Deposit Insurance Fund (TMSF) on Monday, weeks after a Turkish court appointed trustees to the company for its alleged ties to the Gülenist terror-cult (FETÖ), the group accused for the failed July 15 coup.

The former top executive of the holding, Hacı Boydak, and three other executives – Şükrü, İlyas, and Bekir Boydak – were remanded in custody in early August, while a court in Kayseri ordered the release of the holding's chairman, Mustafa Boydak, and executive Halit Bayhan who were placed under judicial control.

On Aug. 18, a Turkish court appointed trustees to Boydak Holding for alleged ties with FETÖ, the group that staged the defeated July 15 coup attempt. However, after the holding is transferred to the TMSF, a regulatory and insurance body, the trustees' services will no longer be required.

According to the Boydak Holding website, the family-based consortium was established in 1957 and has interests in furniture, textiles, chemicals, marketing, logistics, and energy. Its 42 companies have employed more than 14,000 staff.

Turkey's government has said the defeated coup, which left 240 people killed and nearly 2,200 injured, was organized by the followers of Fetullah Gülen, who has lived in self-imposed exile in the U.S. state of Pennsylvania since 1999, and his FETÖ network.