Turkey's exports slightly down in September 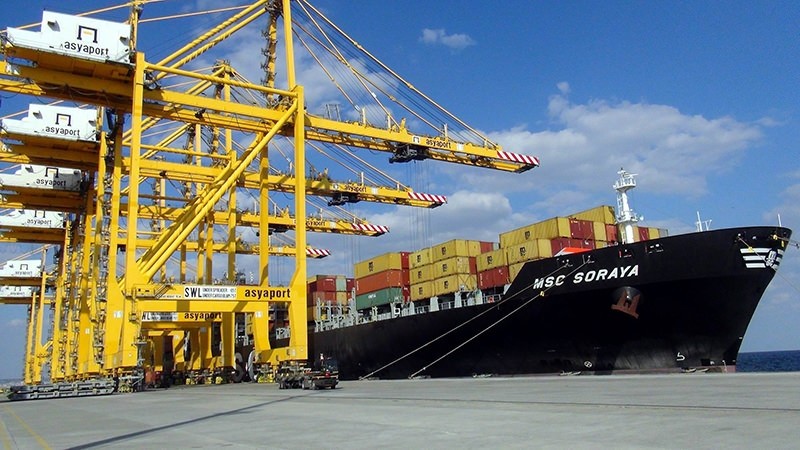 The value of Turkey's exports dropped slightly in September after the month's long holiday period, the Turkish Exporters' Assembly (TIM) said on Saturday.

Exports in the month dropped by 0.8 percent to $10.45 billion compared to the same period last year, TIM said in a statement.

"We had a nine-day Qurban Bayram [Islamic Feast of the Sacrifice] holiday. If we included weekends, we spent 40 percent of September on holiday," the assembly's president, Mehmet Büyükekşi, said, but added: "Nevertheless, the value of exports is quite satisfactory."

"In July 2016, world total trade decreased by 5.4 percent and stood at $8.4 trillion.... Our country has demonstrated a successful export chart despite everything," Büyükekçi said, adding that global trade contraction still continued.

The value of daily exports to Russia was calculated at $6.5 million in September, up from $3.8 million in January, TIM said.

In September, Turkey increased its exports to 119 countries and regions; the biggest increase was exports to Bulgaria -- by 80.2 percent -- followed by Iran with an increase of 36.8 percent.

Some 43 Turkish cities increased their exports while 36 witnessed a drop.

The country's exports decreased by 2.7 percent to $95.7 billion during the first nine months of the year compared to the same period in 2015, according to the assembly's data.

Turkey's value of total exports in the last 12 months stood at $131 billion, down by 4.3 percent compared to the previous 12 months.

The automotive sector contributed the highest exports in September -- nearly $2-billion worth -- which is an increase of 3.7 percent compared to the same month last year.

Among other well performing export areas were the ready-made textiles sector with $1.32 billion followed by the chemical materials and products sector with $1.1 billion, according to the data.

Exports to Turkey's main trading partner, the European Union (EU), increased by three percent in September; it had increased by 5.4 percent in the first nine months of the year.

The EU's share of Turkey's total exports increased to 51 percent in September from 49 percent in the same of month of last year.

Germany, Italy, the U.S., the U.K. and Iraq were the largest export markets for Turkey in September.