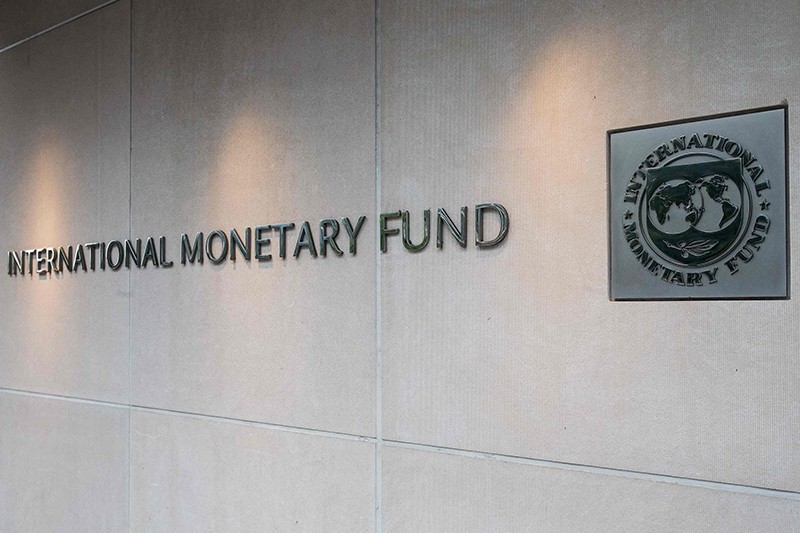 The IMF on Tuesday left its global economic forecasts unchanged into 2017 but called governments to take action against the threats of low growth and protectionism.

Global output is expected to grow this year at a rate of 3.1 percent before rising to 3.4 percent next year, estimates that are unchanged from July, according to the International Monetary Fund.

But the Fund downgraded forecasts both for growth in global trade volume and for advanced economies' output, saying that prospects for richer countries had darkened this year.

"Turning back the clock on trade can only deepen and prolong the world economy's current doldrums."

The IMF notably cut its growth forecast for the United States, the world's largest economy, but upgraded those for Japan and the eurozone.

"Taken as a whole, the world economy has moved sideways," Obstfeld said in remarks accompanying the new forecast.

He said that "sub-par growth" was stirring negative economic and political forces around the world.

The IMF downgraded its outlook for advanced economies this year by 0.2 percentage points to 1.6 percent but raised it slightly for emerging and developing economies to 4.2 percent. Next year's forecasts were unchanged.

The world trade outlook also soured, with growth pegged at 2.3 percent this year, 0.4 percentage points lower than forecast in July, before rising to 3.8 percent in 2017.

"Over the medium term, while we expect that advanced economies will continue along a disappointingly low growth path, emerging market and developing economies should accelerate," said Obstfeld.

The IMF's projections faced notable risks, however, such as further economic shocks in China, a continued fall in commodity prices and the sudden imposition of new trade barriers.

"Geopolitical tensions could flare up, adding to the humanitarian crises already afoot in the Middle East and Africa," the report said.

Following a lackluster second quarter, the United States suffered the report's sharpest downward revision of 0.6 percentage points, with growth now foreseen at 1.6 percent this year and 1.8 percent in 2017.

With a strong dollar dragging on exports, weak business investment and three straight quarters of declining productivity have held growth down despite strong jobs markets and consumer spending.

Likewise, the eurozone also had its forecasts moved upwards by 0.1 percentage points, with output expected to increase by 1.7 percent this year and 1.5 percent in 2017.

But Obstfeld warned most darkly of the "gathering political fallout" of a low-growth era in wealthy countries where income distribution has skewed "sharply towards the highest earners."

"The result in some richer countries has been a political movement that blames globalization for all woes and seeks somehow to wall off the economy from global trends rather than engage cooperatively with foreign nations," he said.

"Brexit is only one example of this tendency."

Contractions in Russia and Brazil are also due to end, returning to positive growth next year of 1.1 percent and 0.5 percent respectively.

Prospects for China, where revaluation of the currency and the transition from an export to a services economy have caused shocks, were unchanged, with the world's second economy expected to grow a robust 6.6 percent this year and 6.2 percent next year. But debt and worries about the management of state enterprises could make things "bumpier" in the longer-term, the report said.

The IMF has repeatedly warned in recent months that failure to stimulate growth could "trap" the global economy in poor performance for the long-term and said stimulus has relied excessively on central banks, whereas it said structural and fiscal policies should used as well.