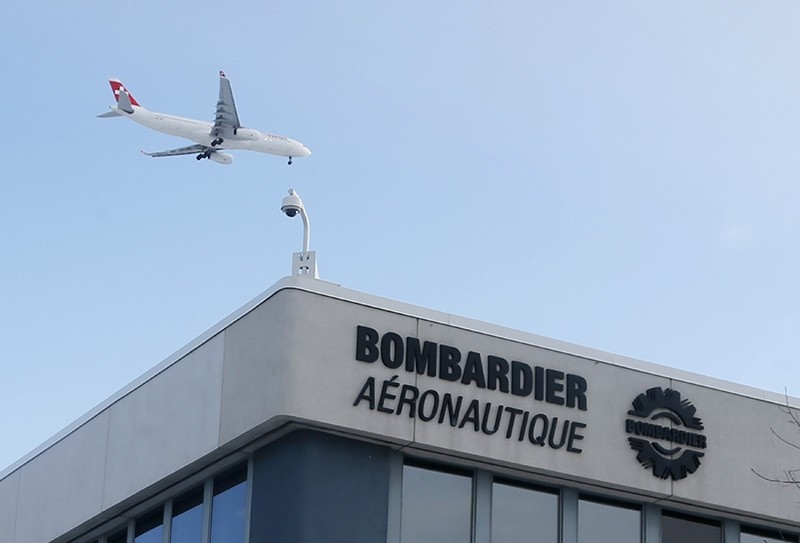 Airplane and train maker Bombardier will cut some 20 percent of its workforce around the world over the next two years as it tries to turn around its business.

The Montreal-based company said Friday that the reductions are designed to save about US$300 million a year, part of a plan to restore it to profitability by 2020.

About 2,000 positions will be cut across Canada, the aerospace giant said Friday. Two-thirds of the job losses throughout Montreal-based Bombardier will come from its transportation division, with the rest from its aerospace operations.

The company said the job losses will be partially offset by more than 3,700 strategic hirings as Bombardier ramps up production of its CSeries commercial jet and new Global 7000 business aircraft, along with rail contracts.

The manufacturer has been struggling because of heavy spending on new aircraft, a slowdown in business jet demand and production challenges for its railway products.

"I know these aren't easy decisions in the short-term," CEO Alain Bellemare said. "But they are the right decisions to ensure the future of the company."

In February, Bombardier announced plans to cut 7,000 positions by the end of next year as it struggled to sell its signature CSeries passenger jet in the face of competition from global rivals.

Bellemare said the latest measure will enable Bombardier to continue investing in its operations and secure more rail and plane work. He said the new jobs will be created in countries where labor costs are cheaper but also within Bombardier's existing network of global operations.

Bombardier said it expects to record between US$225 million and US$275 million in restructuring charges through the end of next year, starting in the fourth quarter.

The announcement comes after Bombardier asked Canada's federal government for a US$1-billion investment nearly a year ago.

Canada's Innovation Minister Navdeep Bains said the question of federal assistance was not a matter of if, but how it would be given. He said Ottawa wants Bombardier to keep its head office and jobs connected to its research and development activities in Canada.

Bombardier has been trying to accelerate production of the C Series, as well as to develop the new Global 7000 business jet, scheduled to begin production in 2018.

The company announced plans to hire as many as 3,750 employees to speed these initiatives, according to Canadian media reports. Bellemare said the new jobs would be added in low-cost countries and more-established higher cost operations.

Bombardier had touted the C Series, its first completely new aircraft in the 100- to 150-seat category in more than 25 years, as a means to cut into the dominance of US aerospace giant Boeing and European rival Airbus.

But the project has been stymied by delays, with Bombardier announcing in September that it cut its 2016 forecast for deliveries of the plane from 15 to seven due to engine delivery delays from Pratt & Whitney.

Costs for the C Series program have risen to $5.4 billion, Bombardier has estimated.

The government of Quebec came to the rescue of Bombardier last year, investing $1.0 billion for a 49.5 percent stake in its C Series plane program.

On its website, Bombardier said it has 31,200 employees in aerospace and 39,400 in transportation globally.