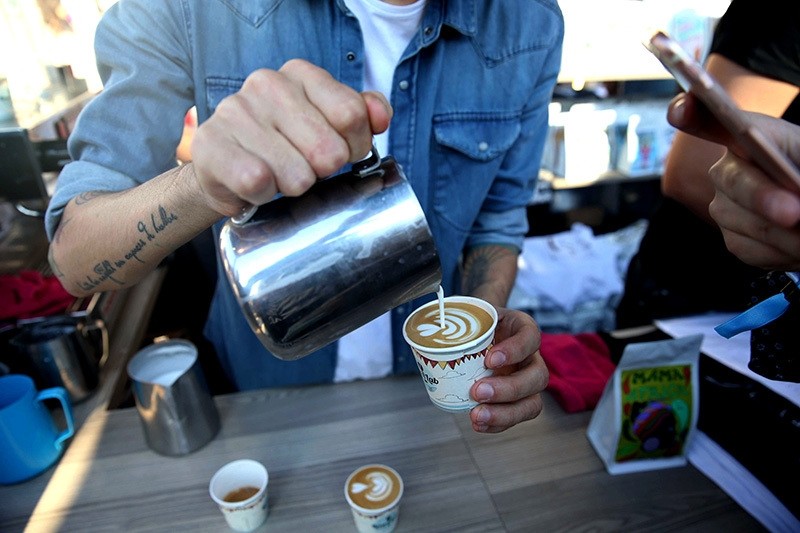 The total amount paid for coffee imports between 2011 and 2015 has exceeded $1 billion, according to an article compiled from Turkish Statistical Institute's (TÜİK) data.

Turkey's coffee imports stood at $1.012 billion in this period, whereas coffee exports were $136 million.

With $429 million worth of imports, Brazil was the main origin of coffee imported to Turkey, followed by India with $147 million, Switzerland with $138.5 million and the Netherlands with $43 million.

This year's imports stood at $149 million for the first eight months.

The rise in coffee imports is mainly due to the increasing number of chain coffee shops, which prompted a change in consumption habits from plain and unfiltered Turkish coffee to aromatic coffees.

TÜİK data showed that $102.6 million worth of tea was imported in the last five years, whereas exports were $87 million.

Belgium was the main origin for tea exports, followed by Syria, Germany, Northern Cyprus and Iraq.

Despite the fact that tea is more widely consumed, the cost for the love of coffee was much more as tea being cultivated in Turkey northeastern provinces,

However, tea is usually smuggled into Turkey from Syria and Iraq and proudly consuming "smuggled tea" remains as a weird cultural phenomenon in Turkey, making it difficult to determine the actual amount paid abroad for tea consumption.
Last Update: Oct 24, 2016 5:07 pm
RELATED TOPICS