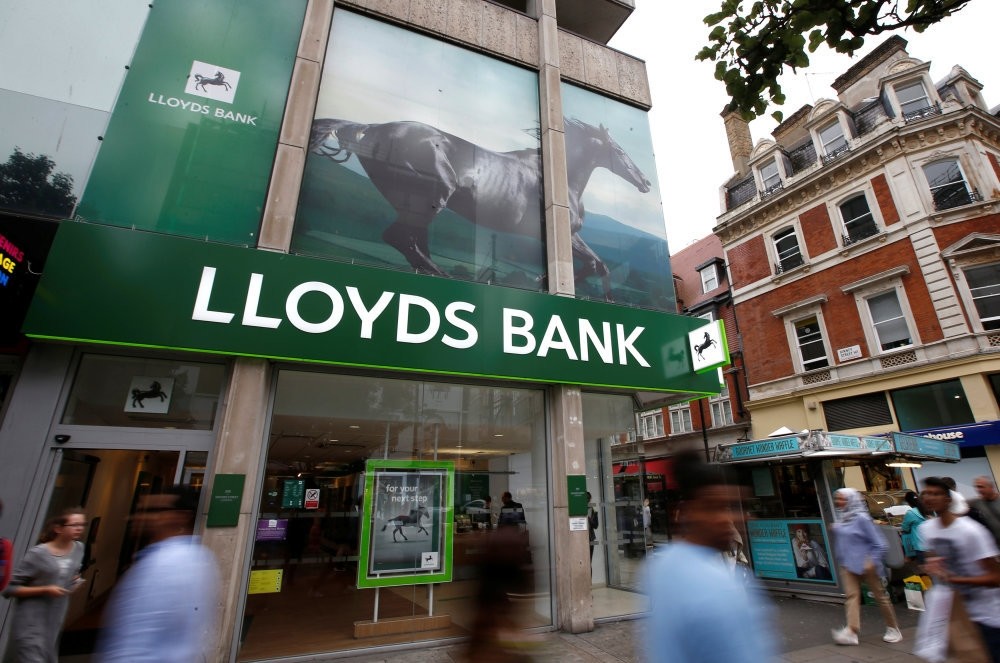 by Oct 27, 2016 12:00 am
Britain's top share index fell Wednesday, hit by weakness in banks and mining stocks after Lloyds and Antofagasta respectively fell after disappointing earnings updates. Lloyds dropped 3.1 percent after reporting results. Although some analysts were encouraged by its underlying profits, which were roughly in line with its performance last year, additional provisions for mis-selling loan insurance (called PPI) and a deficit in its pension fund weighed on the stock.

Shares in the bank have fallen by about a quarter since Britain voted to leave the European Union in June, hit by concerns about a possible downturn in the British economy, which has yet to materialise.

"Things haven't got any worse for Lloyds over the summer, which under the circumstances is a positive result," said Laith Khalaf, senior analyst at Hargreaves Lansdown. "However the fall in bond yields has taken a toll on the Lloyds pension scheme, which has swung from having a surplus to being in deficit... (and) the spectre of PPI has raised its ugly head again, costing the bank 1 billion pounds in the third quarter."

Copper miner Antofagasta dropped 7.7 percent, the biggest faller in percentage terms on the FTSE 100. The miner said it saw output for this year coming in at the lower end of its previous guidance, and also forecast lower output for 2017.

A slump in the oil price as signs of a global oversupply re-emerged also knocked appetite for commodity-related stocks.

In all, the FTSE 100 was down 67.55 points, or 1 percent, at 6,950.09 by 0838 GMT, with the energy, financial and basic material sectors shaving 45 points off the index. Among risers, Burberry rose 1 percent after well-received earnings from sector peer Kering Tesco and Sainsbury's were among only a handful of risers on the FTSE 100. While analysts at Goldman Sachs said that British supermarkets do not offer reward for risk in the context of steep inflation, they raised their target prices on both stocks. While the bank retained a "sell" rating on each, it removed its "conviction" stance on Sainsbury, reflecting that there was less downside for the grocer than for some of its peers.