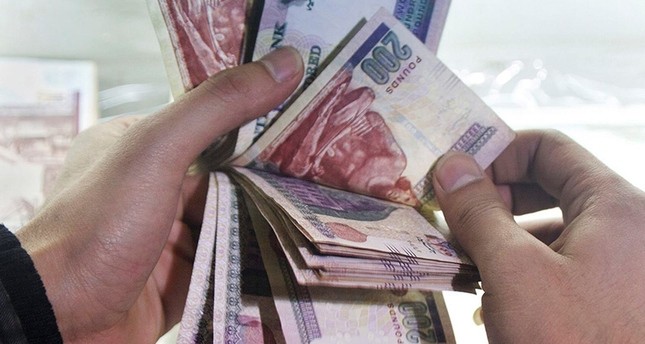 by Associated Press Nov 07, 2016 12:00 am
The Egyptian pound was trading yesterday in banks at around 16 to the dollar, down from the 13-pound peg the Central Bank set as a guiding exchange rate when it floated the currency last week in an unprecedented move. Banks were selling the U.S. currency at 16 pounds while buying it at around 15.5 pounds on the first full business day in Egypt since the Central Bank floated the currency on Thursday. The dollar was trading in banks at 8.8 pounds prior to the floatation. Earlier last week, it reached an all-time high of more than 18 pounds on the parallel black market. The floatation was followed just hours later with a steep hike in the price of fuel. The two measures met key demands set by the International Monetary Fund in exchange for a $12 billion dollar loan over three years to overhaul Egypt's ailing economy. The IMF's executive board has yet to ratify the loan, which is likely to happen before the end of the year.

The floatation and the hike in fuel prices are part of a package of unpopular measures taken by President Abdel-Fattah el-Sissi's government to revive the country's declining economy, including the introduction of a 13-percent value added tax, higher sugar prices for ration card holders and a rise in the price of household electricity. Beside growing domestic and foreign debt, Egypt has been struggling to come to terms with inflation and unemployment rates of around 14 and 12 percent respectively, an acute foreign currency shortage and a slump in the vital tourism sector. The pound's floatation and the fuel price hike have combined to send food and transport costs higher, deepening the hardships facing middle class and poor Egyptians. Rides on Cairo's communal taxis, a popular form of transport, now cost up to 20-25 percent more. Residents report rises in the price of fresh vegetables and fruits due to higher transport costs.,

Authorities, however, have kept fares on public transport, including Cairo's subway, unchanged. Many Cairo taxi drivers have since Friday begun refusing to switch on their meters, arguing that they would do that when the government announces new meter settings that reflect higher fuel prices. El-Sissi, a general-turned-politician elected in 2014, has repeatedly told Egyptians in recent weeks that tough measures were needed to remedy the economy and that his government intended to do everything it could to cushion the impact of economic reforms.
RELATED TOPICS