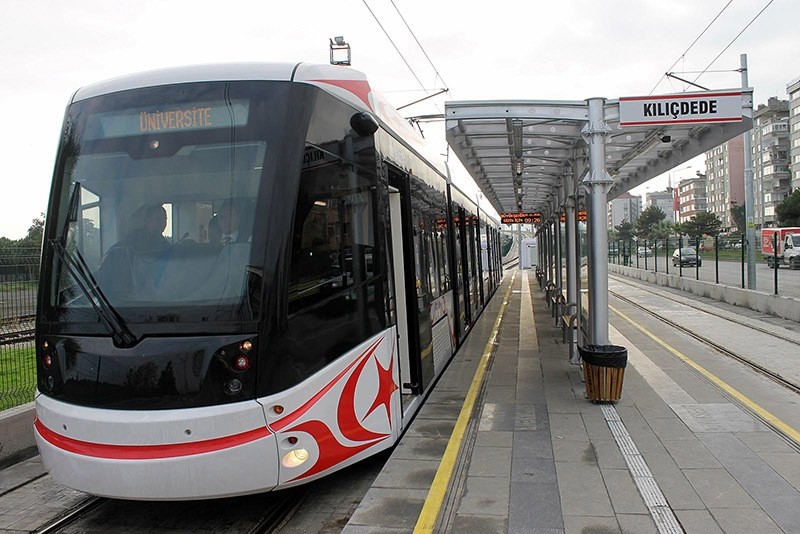 Abdullah Bocan, the managing director of Durmazlar Makine Raylı Sistemler, the Turkish company producing the tramways, says that their tramways, along with their software infrastructure, are fully designed and produced by Turkish engineers. Bocan stressed the importance of their production, creating jobs in the country, as well as diminishing the import-related expenses of Turkish municipalities; while also noting that they offer a profitable price for Turkish municipalities.

In the past Turkish municipalities have been importing tramways mainly from China and Italy for a price per unit of 2.3 million euros ($2.45 million).

Earlier this month, the company launched the Panorama tramway, a 2.65-meter wide, 32-meter long tramway, now operating in the northern Turkish city of Samsun. The same company had also developed the 2.45-meter wide, 28-meter long İpekböceği tramway, which is currently in service in the western province of Bursa.

The director of Samulaş, a transportation company affiliated to the municipality of Samsun city, Kadir Gürkan stated that the Panorama tramway is being produced by taking their needs and advice into consideration, and the output has been successful and efficient.

Gürkan also added that they are very happy to serve Samsun citizens with domestically produced tramways; praising the vehicle. He also noted that the Panorama has 12 exit doors whereas its alternatives produced overseas only had 10 exit doors in case of emergency.