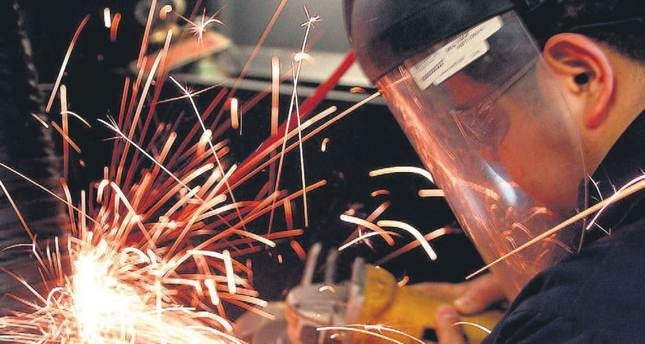 As small and medium-size enterprises are considered the engine of growth in Turkey, a new application to support them with less costly credits will be introduced in the new year

A new application to revive small and medium-sized businesses (SMEs) that have difficulty getting loans is on its way. Noting that SMEs will be provided with new loan facilities of TL 10 billion, Customs and Trade Minister Bülent Tüfenkci said SMEs are having difficulty getting loans. "We talked to banks and asked them the easy way to provide loans to these businesses," Tüfenkci said, according to Habertürk daily, stressing that the new regulation is especially important to small businesses and tradesmen. Pointing out that even fruit trees that constantly generate income will be guaranteed, Tüfenkci said when this application is put into effect on Jan. 1, small businesses, in particular, will see a positive return.

An agreement was initially reached with Denizbank for the application that will enable SMEs to use loans starting from 9.9 percent. Negotiations with other banks are in progress.

By putting the deposits of the chambers of trade and industry and trading exchanges within the scope of the Turkish Chambers and Commodity Exchanges (TOBB) in the bank, SMEs will have easy access to loans.

The limit of the loans, which will have a maturity of 12 months, is TL 100,000 and TL 150,000, depending on the size of the enterprise. Speaking to reporters following the TOBB-Gulf Cooperation Council (GCC) 2nd Business and Investment Forum, held in Bahrein's capital Manama, TOBB President Rıfat Hisarcıklıoğlu noted that they reached an agreement with Denizbank to enable SMEs to use loans with annual interest rates below 10 percent, adding that negotiations continue with other banks, and that interest rates on commercial loans reaching up to 18 percent will drop to 9.90 percent.

Regarding bank interest rate cuts, Hisarcıklıoğlu said they approved Prime Minister Binali Yıldırım's meeting with the financial sector and the recent steps taken by the banks to cut interest rates on loans.

Highlighting that President Recep Tayyip Erdoğan has had a request in this direction for a long time, Hisarcıklıoğlu said İş Bank General Manager Adnen Bali's statement, one of the first reactions to the president's request, had a positive result. "We reached an agreement with Denizbank to enable SMEs to use loans with annual interest rates below 10 percent. Our negotiations continue with other banks. Interest rates for a commercial loan remain at an annual level around 18 percent, which decreases to 9.90 percent," Hisarcıklıoğlu said, suggesting that they plan to launch this soon with the prime minister, economy ministers and bank managers. He added that they are pleased that banks are involved in the lowering of interest rates by sacrificing profits.
RELATED TOPICS