For CEOs of American companies in Turkey, business as lucrative as before 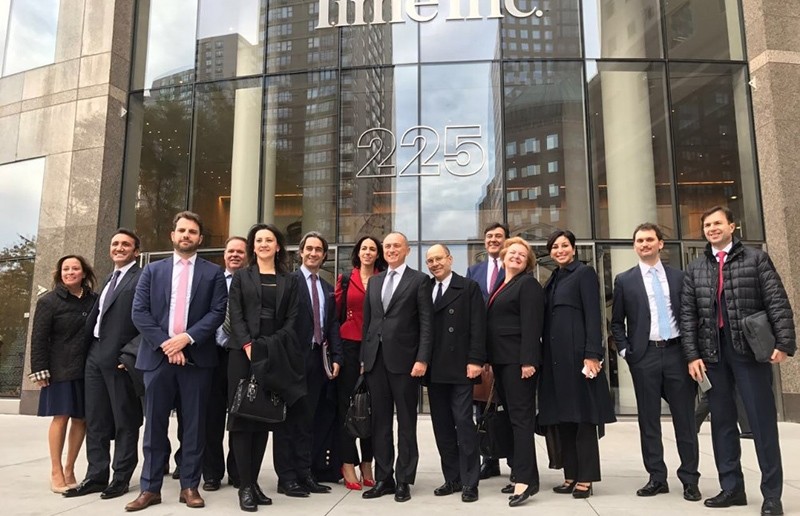 Senior managers of American companies in Turkey visited the United States and met American reporters, businessmen and politicians this week to convey a single message: Despite the failed coup and its shocks, the Turkish economy is on the right foot.

Business Ambassadors, as they call themselves, have given interviews to the Financial Times, Bloomberg and the Huffington Post to underline the silver linings of the Turkish economy, such as macro stability, fiscal discipline and the robust financial sector.

Business leaders also had a private meeting with Rep. Pete Sessions, co-chair of the caucus on U.S.-Turkey relations.

"Turkey is very crucial for us. We manage our operations in 80 countries from Turkey. This is why we care much about the foreign perception of Turkey. It is important to be able to attract foreign investment to the country, as it increases our efficiency and our services," Microsoft Turkey General Manager Murat Kansu, one of the attendees in the program, told Turkish media.

Some CEOs were unhappy with the fact that U.S. media did not reach them before writing about the business or investment environment in Turkey, one source who was present at the meetings said. According to this source: "It is hard for Americans to imagine that stock exchanges and financial services were fully operational following the coup attempt. The state of emergency didn't affect companies other than some transactional issues with government-seized entities."

The trip was organized by the Investment Support and Promotion Agency of Turkey (ISPA), a Turkish government agency. Arda Ermut, the president of ISPA, said his agency only helped to design the itinerary of the trip, but all the costs were paid by the attendees. "The leaders of these American companies would like to see more investment and support for their businesses. They volunteered. I think it was a very fruitful trip to re-establish some facts about Turkey as a country where investment is still pretty much lucrative," he said.

Mahmut Unlu, the CEO of merchant banking business Unlu & Co, who also attended the trip, concurs with what Ermut said. He told Anadolu Agency that up to $300 million worth of investment poured into the equity market following the coup attempt last July. He said: "What Turkey can provide in the mid and long term is more important than temporary concerns on security or geopolitical risks. The opportunities in Turkey are more attractive than other developing countries and this is why it still receives investment."