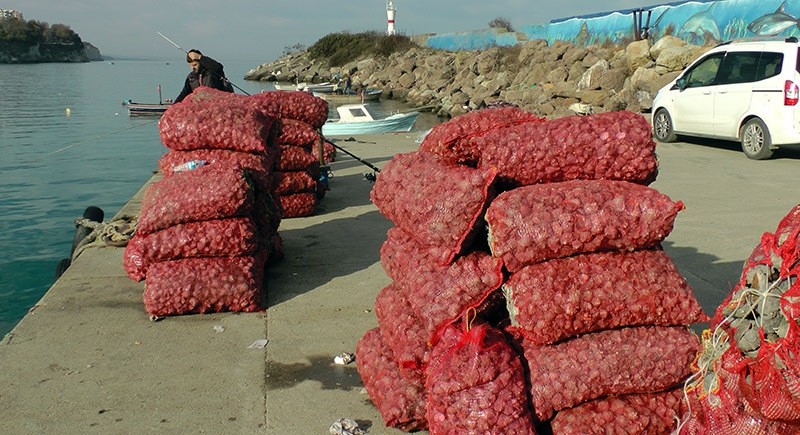 Periwinkles awaiting to be exported to East Asian countries ready to be loaded on board in the northwestern province of Du00fczce. (IHA Photo)
by Daily Sabah with AA Nov 23, 2016 12:00 am

According to statistics prepared by the Eastern Black Sea Exporters Association (DKIB), between Jan. 1 and Oct. 20, 2016, Turkey exported 1.128 million tons of periwinkles worth $6.8 million to East Asian countries; up from 829,000 tons of winkles worth of $ 5.2 million exported in the same period of 2015.

South Korea is the main importer of periwinkles from Turkey with 645,000 tons, an increase of 43 percent compared to the previous year, followed by China, Japan and Taiwan.

Periwinkles are not consumed in Turkey, and are hunted mainly for export.

With 86 percent of the total national periwinkles export, the northeastern province of Trabzon heads the list of provinces exporting periwinkles. The province exported 635,000 tons between Jan. 1 and Oct. 20 this year, up from 971 tons exported in the same period of 2015.