Obama’s 8-year grade on economy points to a 'C' 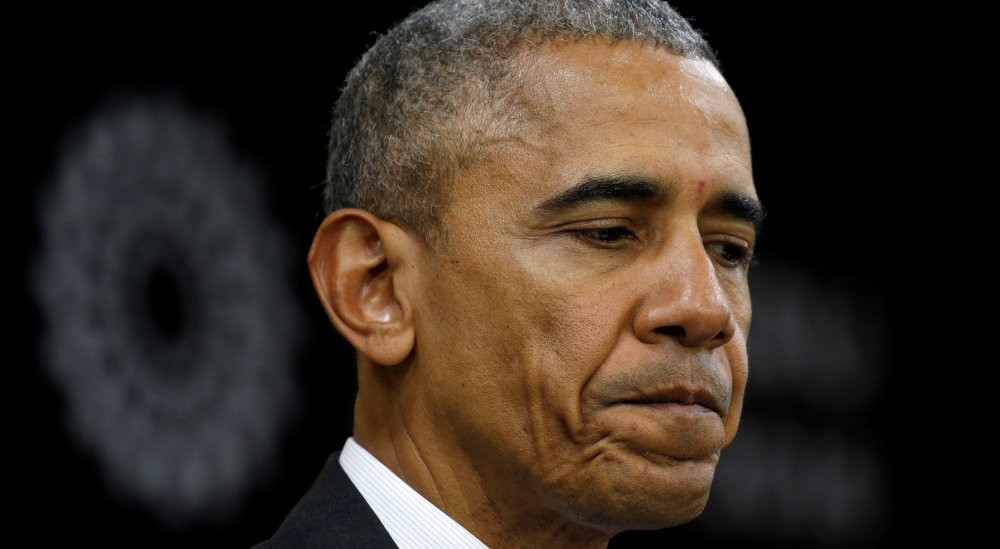 Obama's eight-year term includes economic achievements in the fields of employment growth, financial regulations and clean energy policies, however, some of his failures overshadow his performance

As Barack Obama, the 44th president of the United States nears the end of his term, his eight-year-long economic record put up an average show where successes are overshadowed by failures. As he prepares to transfer power to Donald Trump, it is a matter of open debate how many of Obama's election and presidential promises have so far been fulfilled.

On the other hand, drawing a controversial picture in terms of economic growth, trade policies and health reform, Obama's failures consists of the fight against income inequality, tax reforms and record public debt.

The first African-American to hold the U.S. president's office, Obama's economic record over the eight-years of his service is as follows:

When Obama was first elected president in November 2008, the U.S. was experiencing one of the biggest financial crises in history. Thousands of people were left homeless and unemployed following the bankruptcy of dozens of companies one after another, including some giants of finance sector, such as Lehmann Brothers, Washington Mutual and BankUnited.

Due to the impact of the financial crisis, the U.S. economy shrank by 2.8 percent during Obama's first presidential year, showing the worst performance since World War II. Obama administration has since spent about $800 billion and realized "Economy Revitalization Community Improvement Plan (CIP)" as a solution to the recession.

In the meantime, the U.S. Federal Reserve (the Fed) lowered its policy rate to zero in order to eliminate the effects of the financial crisis and launched a $600 billion asset purchase program.

Beginning to recover along with the expanding fiscal and monetary policies, the country's economy grew by an average of 1.5 percent annually during Obama's eight years in the office, between 2009 and 2016. Even though this performance was sufficient enough to pull the U.S. economy out of recession, it remained low compared to high growth rates following previous recessions. Leading the president-elect Trump's criticism of Obama, for making the U.S. go through "the weakest recovery period in its history."

However, there are those who think that slow growth was not due to Obama's policies, but rather to the severity of the financial crisis, the weakness of the global economy, and structural changes.

The U.S. economy created jobs for about 15.5 million people in its longest streak of increasing employment over a period of 80 months during Obama's presidency.

While the unemployment rate reached an all-time high in 26 years with 10.3 percent in the mid-2009, it declined gradually and dropped to its pre-crisis levels of five percent in the mid-2016. This "historic" rise in employment was one of the greatest achievements for what is otherwise an average economic record by Obama.

The U.S. economy has come out of the recession during Obama's period, and unemployment has decreased. However, these gains achieved by the economy were not shared equally as Obama had promised.

Official and academic studies indicate that the inequality in the income distribution, which has worsened gradually over the past two decades, has reached its highest level in a century under President Obama's presidency.

According to Allianz Insurance's "Global Wealth Report," with 80.56, the U.S. comes out on top among the countries with the highest Gini Coefficient, which is used to measure income inequality. The steady decline in average household income between 2007 and 2014 played a major role in the severe income inequality, which is also one of the major reasons behind the increasing social tensions in the country.

These negative indications point out that Obama's middle class-focused economic policies have not acted as they should.

Obama had also promised that he would bring new arrangements to Wall Street in order to prevent another 2008-style financial crisis, which brought the world economy to the brink of collapse.

For this, the "Dodd-Frank Banking Reform" was set up to prevent large banks from being rescued by American taxpayers, and consumers from being abused with risky financial practices.

Obama administration won a major victory in 2010, when the Dodd-Frank, which was also called the Wall Street reforms, was approved by the congress.

Capital market derivatives, complex market transactions and bonuses of company managers began to be subject to government control within the framework of the reforms. According to international organizations, the American financial system has become more stable and resilient than in the past thanks to the Dodd-Frank law.

The increasing strength of the U.S. economy over time and financial stability has also been reflected in the markets. When Obama took the office in January 2009, the Dow Jones Industrial Index was at 8,000 points, the S&P 500 Index was at 840 points and the Nasdaq Technology Index was at 500 points. Having been raised gradually in the last 8 years, the U.S. indices are now breaking records one after another.

Another promise Obama could fulfill for the most part in the field of economy was to increase exports.

According to the U.S. Department of Commerce, while exports had dropped to $1,588 trillion in 2009 decreasing by almost 15 percent, it steadily rose afterwards and saw the highest level in history with $2,343 trillion in 2014.

The exports slightly increased last year due to the strengthening dollar compared to the period when Obama took the office. He also signed free trade agreements with countries like South Korea, Colombia and Panama.

However, the Trans Pacific Partnership (TPP) and the Transatlantic Trade and Investment Partnership (TTIP) are expected to be among Obama's biggest disappointments.

Aimed to remove commercial restrictions between the 11 countries which share the coast of the Pacific Ocean, TPP was signed by the U.S. in October 2015. It is now certain that the agreement, which must pass the parliaments of all the member countries to be put into effect, will not passed by the U.S. Congress. After announcement came that the ongoing projects in relation to TPP has been halted after Donald Trump was elected president, Obama administration has acknowledged defeat.

Negotiated between the European Union (EU) and the United States for the past three years, TTIP's cancellation was also confirmed last week.

Following her meeting with Obama last week, German Chancellor Angela Merkel said it is unlikely for TTIP to be completed during Donald Trump's presidency.

Another one of Barack Obama's election promises in 2008 was the tax reform that would uplift the middle class. The tax reform, which will tighten tax payments of American corporations in relation to their income abroad, close tax loopholes that facilitate tax evasion, and boost tax and income tax rates for the rich, had been pledged to increase the public revenues by $210 billion in the next 10 years. In addition, seeking to legalize compulsory retirement and save elderly citizens with an annual income of less than $50,000 from paying taxes, Obama failed to keep these promises even though eight years have passed.

Among the promises made under the tax reform, only small-scale arrangements such as tax reductions for low-income families and tax credits for childcare have been realized.

Another promise that Obama could fulfill was his health reform bill. The Affordable Care Act (ACA), commonly called "Obamacare," has been gradually put into effect since 2010, despite the endless opposition from the Republicans.

According to the U.S. Centers for Disease Control and Prevention, nearly 40 million Americans have so been insured thanks to Obamacare, and the proportion of uninsured people in the country fell from 15.7 percent to 9.2 percent.

On the other hand, the Republican Party has strongly opposed Obamacare from the very beginning on the grounds that it violates the individual freedoms and the U.S. Constitution because it forces health insurance.

The criticisms suggesting that Obamacare has increased the insurance premiums and the budget deficit to unsustainable levels have been uttered louder with each passing day.

Reactions reached a high pitch when the U.S. Department of Health announced that the health insurance coverage provided by Obamacare would increase by an average of 25 percent as of early 2017.

The new president, Donald Trump, has stated in his statements following the election that he was determined to cancel Obamacare, except for one or two its items. The Obamacare, whose success has remained a controversial issue, does not seem it's going to last long even though it is among the promises Obama has fulfilled.

One of the topics brought up by Obama's critics are the increasing federal spending and public debt.

According to the U.S. Treasury Department, public debt rose from $10.6 trillion to $19.9 trillion during Obama's presidency.

Economists predict that Obama will transfer $20 trillion in public debts to the 45th U.S. President in January.

During his 2008 election campaign, Obama had promised that the U.S.'s external dependency on energy would decline drastically and indeed, the U.S. has experienced a surge in its petroleum industry under Obama's presidency. In 2008, the American petroleum industry, which was driven by new techniques such as "hydraulic cracking" and "horizontal drilling" popularly known as "fracking" has led to a rapid increase in crude oil production in the country.

While the U.S. produced an average of five million barrels of crude oil per day in 2008, this amount doubled in 2015 and rose to 9.6 million barrels. The Obama administration has thus largely fulfilled its promise by reducing the U.S.'s external dependency on crude oil by half.

Obama, who promised to double the U.S. renewable energy capacity and encourage "clean energy" sources in his election campaign, has also fulfilled these promises in the field of energy.

One of the most challenging developments for Obama, who brought some limitations to oil exploration and production activities due to environmental reasons, was the Keystone XL oil pipeline project, which will transport Canada's crude oil to the U.S. Awaiting Obama's signature for nearly six years, the project was vetoed each time by Obama even though it was approved three times by the U.S. Congress.

Aimed to reduce carbon emissions globally, The Paris Climate Treaty, which was signed by 193 countries, including the United States, in April this year and put into effect in November, is considered to be one of most important legacies of the Obama administration.