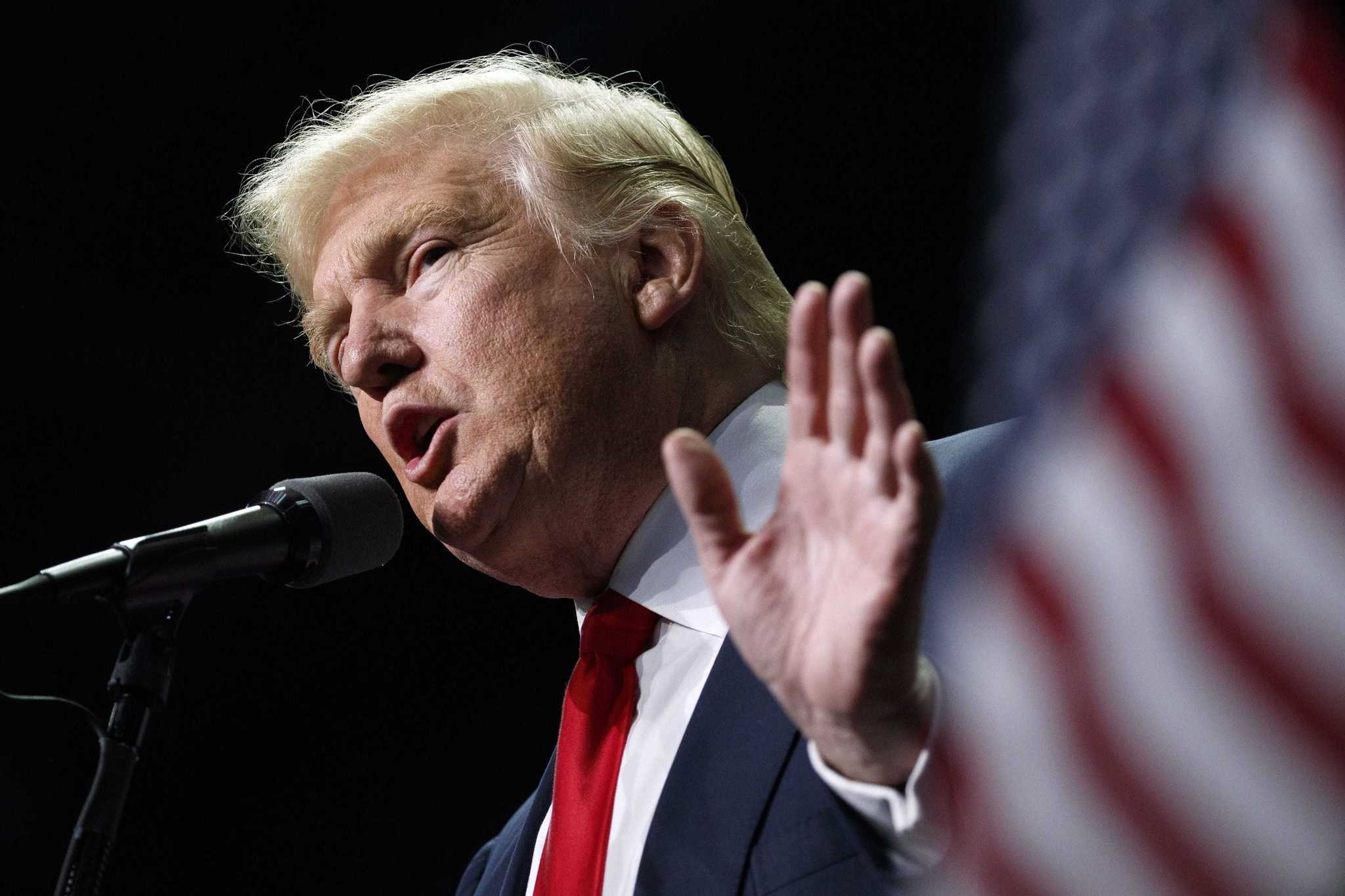 After Donald Trump's triumphant victory in the U.S. presidential election, the most talked about issue has been whether the new administration will revive the radical candidate's promises.

Having made unusual promises such as the construction of a wall around the Mexican border, the establishment of a database for Muslims in the country, and the abolition of trade agreements during his presidential campaign, Trump has showed in recent statements that he is still determined to fulfill these plans.

Many economists, financial institutions and international companies are warning that the trade policies proposed by the new president will lead to a recession in the country, also stressing that other countries' retaliation against these policies can trigger a global trade war.

There are no legal boundaries in front of Trump

During the election campaign, Donald Trump has repeatedly pledged that he will either renegotiate or completely annul all agreements in force and in negotiations.

This promise, which means a kind of "death sentence" for the North American Free Trade Agreement (NAFTA), the Trans-Pacific Partnership (TPP) and the Transatlantic Trade and Investment Partnership (TTIP), is not Trump's only plan in the field of trade. The new president also plans to apply tariffs of 45 percent and 35 percent, respectively, to the commodities imported from China and Mexico.

Since the U.S. constitution authorizes the president to approve or annul trade agreements and barriers without needing the consent of Congress, there is no legal obstacle in front of Trump to actualize his radical plans on his first day in office. As a matter of fact, Trump announced earlier this week that he will withdraw from the TPP as soon as he takes office.

While leading financial institutions such as Moody's Analytics and Goldman Sachs anticipate that Trump's trade policies will weaken economic growth, HSBC economists also believe that the country may experience stagflation (a recession accompanied by high inflation).

According to a study conducted by Peterson's Institute of International Economics (PIIE), Trump's trade policies could cause at least 4 million Americans to lose their jobs.

Speaking to Anadolu Agency, PIIE Senior Specialist Marcus Noland, who participated in the preparation of the PIIE's report, said Trump's conservative policies could lead to a trade war.

Addressing Barack Obama's decision to implement additional customs duty on car tires imported from China in 2009, Noland said China responded to this by opening a dumping investigation into the U.S. exports of chicken and automotive parts, stressing that China can do the same thing for products such as iPhones, Boeing planes, soya beans and corn, and even say "do not go" to Chinese students who want to go to the United States if Trump fulfills his pledges about China.

Pointing out news agencies close to the Chinese government had published articles criticizing Trump, Nolan said China is warning that they will retaliate if Trump brings protective barriers.

Noland suggested that the Mexican government is also working on how to respond to potential trade barriers of the U.S., arguing they will not be as effective as China's missiles but can undermine Trump's policies on illegal immigration.

According to Noland, the application of additional trade barriers to Mexico is a policy that will fail and if the U.S. applies massive customs duties to Mexico by dragging the Mexican economy into a recession, then it is inevitable that more Mexicans will migrate to the U.S.

Highlighting that the Trump administration can apply conservative trade policies against all risks, Marcus Noland noted that Trump wants to lower taxes and increase spending, adding that this situation increases budget deficit, and the growth experienced in the economy in the short run as a result of fiscal expansion pulls up interest rates and the dollar, leading to an increase in trade deficit. "Then, the Trump administration can turn to conservative policies to fight with the growing trade deficit. The same problem occurred during Regan's period," Noland said.

Arguing that the beginning of a trade war between the two largest economies of the world will cause massive damage to the global economy, Noland said he was mainly concerned about the possibility that Trump will put the conservative trade policies into practice in 2018 or 2019 in order to fight the growing trade deficit which will increase when fiscal expansion shows its effect. "This will lead to a recession in the U.S. and Mexican economies and a slowdown in the Chinese economy," Noland said, pointing out that if other countries also turn to conservative policies, then a global recession may occur in the end.

Stressing that Trump's triumph is another example of rising nationalism and populism, Zandi said if the leaders with this political view come to power in Europe next year and the separation of eurozone and the European Union comes to the fore, then the world economy is likely to be dragged into financial crisis and recession.
RELATED TOPICS