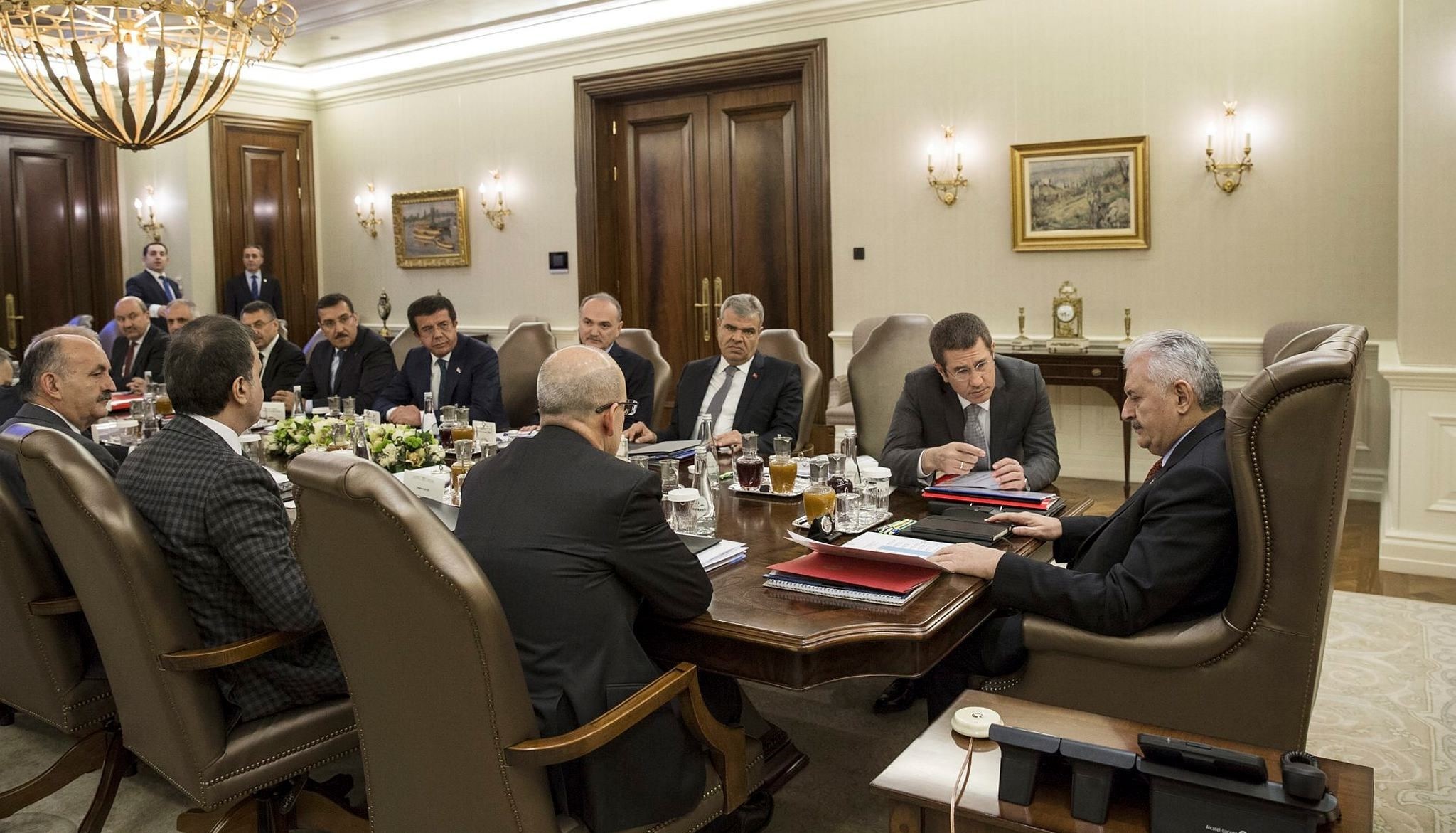 The government agreed on several measures to be taken regarding the public finance, banking and finance sectors and the labor market at the Economic Coordination Committee meeting on Friday.

According to the statement released after the meeting at the prime minister's office, the new measures will be made public next week once all technical details are sorted out.

The statement said that the related ministries briefed the committee about the ongoing process of updating the customs union agreement with the European Union, adding that they also agreed to speed up efforts in the same direction.

The recent lira decline was also one of the top topics at the meeting as it dropped to new record lows on Friday. The dollar gained to stand at 3.52 against the Turkish currency. In November alone, the lira hemorrhaged more than 10 percent against the dollar.