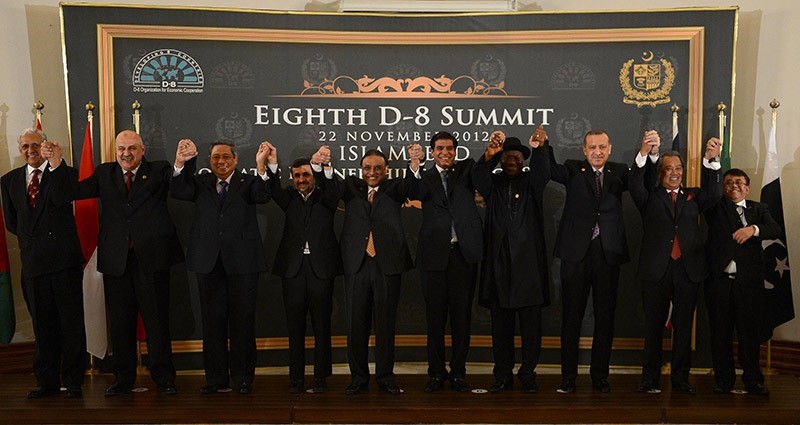 Mousavi, an Iranian diplomat, noted that the U.S. dollar has been strengthening its position constantly over the past years, and said that if the current trend continues, it will have negative impact on the financial systems of the D-8 countries.

''Using national currencies in bilateral trades between our countries will help us minimize the effects of volatile currency rates,'' he added.

Mousavi also stressed that using national currencies in bilateral trade between Turkey and Iran had first been suggested during President Erdoğan's visit in 2015, and that the plan is still underway.

Foreseeing an increase in the Turkey-Iran bilateral trade volume if the project materializes, Mousavi said that Turkey and Iran can pioneer this scheme which will eventually benefit the economy of the D-8 countries.

Mousavi said he hopes that Erdoğan will also advice and encourage other member states of the D-8 organization to trade in national currencies at the 9th summit of D-8 countries which will be held in 2017 in Turkey.

The organization aims to improve the position of its member states in the world economy, create new opportunities in trade relations, become more influential in international decision-making mechanisms and raise life standards.