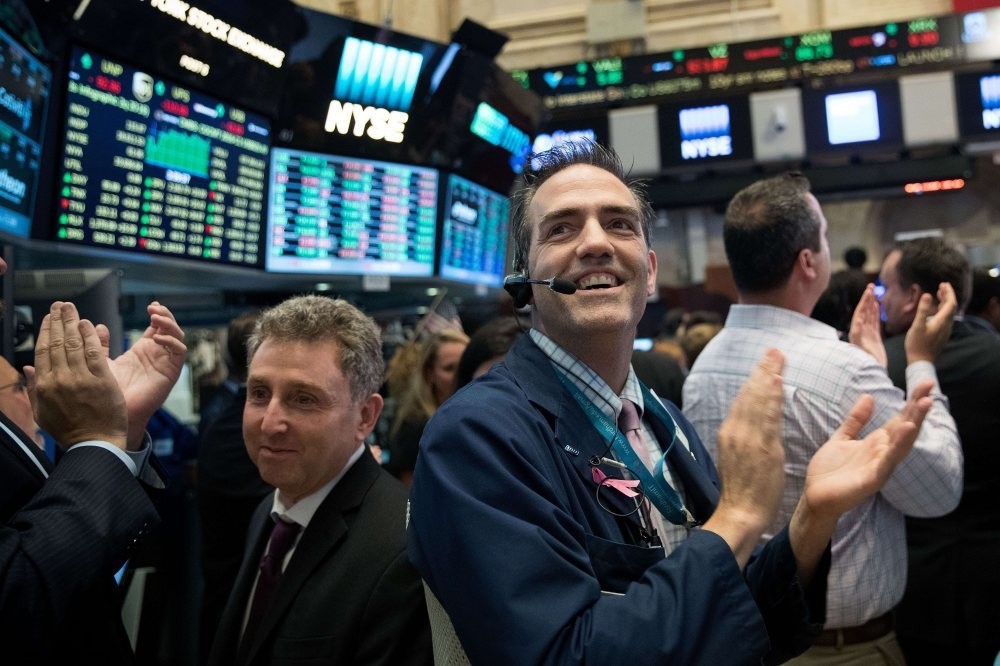 Traders applaud as the closing bell rings on the floor of New York Stock Exchange (NYSE)
by Anadolu Agency Dec 10, 2016 12:00 am

As New York stock exchanges surge following Trump's victory in the U.S. presidential elections, investors in U.S. have raised their hopes for a lucrative investment environment, despite voicing pre-election concerns

Indices on the New York Stock Exchange broke records over the past month after Republican Party candidate and real estate tycoon Donald Trump's victory in the U.S. elections, making him the new U.S. president.

The Dow Jones Industrial Average and the S&P 500 index reached record highs on Nov. 21, 22 and 23, while the NASDAQ-100 Technology Sector Index broke its own record on Nov. 21 and 22. All three indices completed the day of Nov. 21 by setting a new record on the same day for the first time since December 1999 and renewed their own records together on two consecutive days, Nov. 22 and 23, for the first time since March 1998. Although Trump's victory against his democrat rival, Hillary Clinton, initially aroused concerns in the market and Dow Jones' financial futures fell by 750 points (3.3 percent) even before the final election results were announced, it did not take investors long to adopt Trump's economic policies, which created an environment of confidence in the markets.

Speaking to AA, Steve Goldman, the chairman of Goldman Management, a U.S.-based capital management firm, pointed out that during the election campaign Trump promised to reduce the corporate tax rate in the U.S. to 15 percent from 35 percent and said, "Investors interpreted Trump's economic policies to be growth-oriented." Goldman also noted investors believed that the reduction of the corporate tax will lead to a rise in employment and faster economic growth, which positively affects indices on the New York stock market. Goldman further stated that Trump's plan to allocate $1 trillion to infrastructure would allow investors to increase public spending and provide new job opportunities, stressing that the expectation of an increase in infrastructure spending has boosted the demand for large U.S. investment banks' shares.