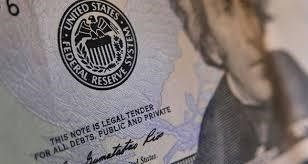 To the surprise of almost no one, the Federal Reserve hiked its benchmark interest Wednesday for only the second time since setting an unprecedented, near-zero target during the depths of the 2008 financial crisis.

The hike came with a unanimous 10-0 vote.

The Fed is also eyeing multiple interest rate hikes in 2017.

Fifteen of the monetary-policy committee's 17 participants expect at least two increases in increments of 0.25 percentage points, according to a summary of the Fed's economic projections. Eleven of the 17 anticipate three hikes next year.

WHAT EXACTLY DID THE FED DO?

The Fed increased its benchmark interest rate — the so-called fed funds rate — to range of 0.50 percent to 0.75 percent from 0.25 percent to 0.50 percent. The rate is still extraordinarily low. The Fed last raised the rate in December 2015 from a record low near zero set during the 2008 financial crisis. By lowering borrowing costs, the Fed hoped to encourage consumers and businesses to spend and bust the economy out of the deepest recession since the 1930s. Economists say the low rates helped revive the economy — though the recovery has been lackluster by historical standards.

On Dec. 16, 2015, Fed policymakers raised the rate for the first time since 2006. The central bank was expected to follow up with perhaps four more rate hikes this year. But it held off until Wednesday, worried about weakness in the global economy and slow growth in the United States.

WHY DID THE FED DECIDE TO RAISE RATES?

The Fed said Wednesday that the American job market looks strong and the overall economy is "expanding at a moderate pace." The unemployment rate fell in November to a nine-year low 4.6 percent. And the economy expanded from July through September at a 3.2 percent annual pace, fastest in two years. The Fed expects inflation to edge up and closer to its 2 percent annual target.

WHAT WILL THE RATE HIKE MEAN FOR CONSUMERS AND SAVERS?

Not much, experts say. The Fed doesn't directly affect rates on auto and student loans. But credit cards, home-equity loans and adjustable-rate mortgages are based on benchmarks such as the banks' prime rate, which moves in lockstep with the fed funds rate, and could rise soon, though likely not by much.

Long-term mortgage rates are already climbing but not because of the Fed. Investors have driven mortgage and other long-term rates higher because they expect President-elect Donald Trump's plans to slash taxes and increase infrastructure spending will lead to faster economic growth and higher inflation.

WILL THE HIKE HAVE BROADER ECONOMIC IMPLICATIONS?

Economists don't expect the higher borrowing costs to do much harm to steady but unspectacular U.S. economic growth. But higher U.S. rates are likely to draw investors away from the rock-bottom rates in Europe and Japan. Turning to U.S. investments, they are likely to drive up the value of the dollar, which is already near a 14-year high. A dearer dollar makes U.S. products costlier in foreign markets and hurts American exporters. A higher dollar will also squeeze foreign companies that borrowed in U.S. dollars; to make loan payments, they will need to exchange more of their cheaper local currency into American dollars.