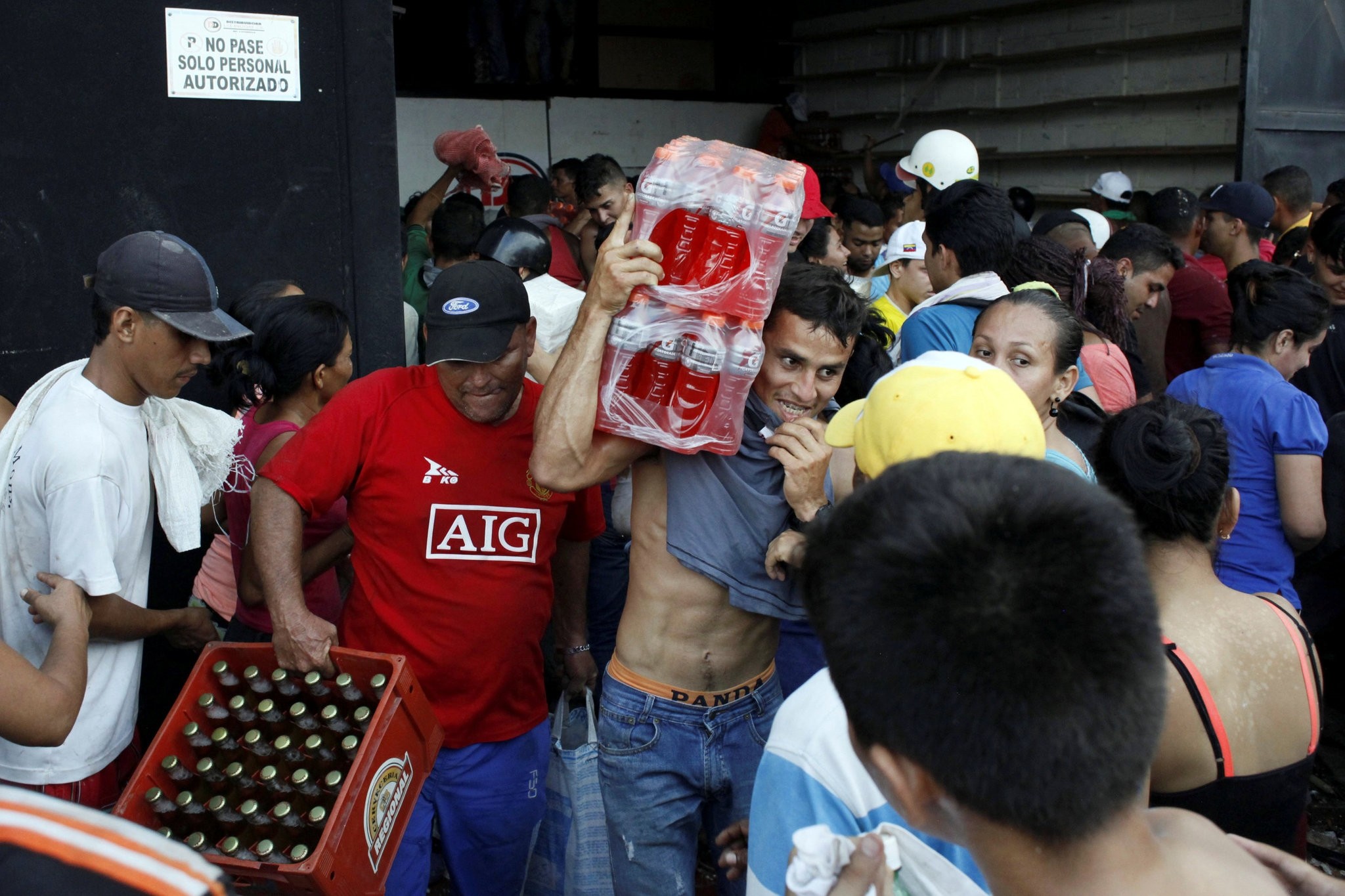 People hold up 100-Bolivar notes during a protest over the lack of cash as the new bank notes have not yet appeared, at the u201cTroncal 5u201d road in San Cristobal in Venezuelau2019s Tachira state.
by Associated Press
Dec 19, 2016 12:00 am
Venezuela's government extended the use of its 100-bolivar bill until Jan. 2, after its decision to pull the banknote out of circulation left the country largely without cash, and sparked protests and looting. President Nicolas Maduro said the decision to put Venezuela's most widely used note back in use came after the promised higher-denomination replacement bills were still unavailable because three planes transporting them were "victims of sabotage." He did not give details of the alleged sabotage.

The "new logistics" of rolling out the banknotes, including the 500-bolivar bill, meant that their launch would have to wait, Maduro said in a televised address. Venezuela is plagued by the world's highest inflation, and Maduro made the surprise announcement that the 100-bolivar bill would be replaced a week ago. The note had been the country's largest denomination but its value against the U.S. dollar has dropped to about 2 cents, down from 10 cents at the start of the year. All week, Venezuelans waited in long lines to deposit their soon-to-be-worthless 100-bolivar notes in banks.

When the bill went out of circulation on Friday and the replacement bills had not yet arrived at banks or ATMs, people were forced to rely on credit cards or bank transfers, or to try to make purchases with bundles of hard-to-find smaller bills often worth less than a penny each. Anger at having to deal with an economy even more paralyzed than usual exploded in social unrest.

"Our children are going hungry," said Lucrecia Morales in Caracas. "We are parents who earn money with the sweat off our brows. And now they say it is worthless? We need a solution."

Authorities said there were protests and looting on Friday and early Saturday in at least six cities, including Maracaibo, where police put down looting near a bank building, and the eastern state of Bolivar, where mobs sacked several businesses. Young men waved their 100-bolivar bills in the air and chanted "they're useless," then turned and ran as police fired tear gas canisters. Dozens of people were arrested.

In Caracas, people banged on pots and cursed the government's apparent lack of planning. There was no cash to be seen changing hands on the street or inside shops.

On Saturday, hundreds of government supporters and ruling party members dressed in red shirts marched in Caracas to back Maduro and protest the "economic war" against Venezuela.

In addition to putting the old currency back in circulation, Maduro said he would extend the closure of the border with Colombia and Brazil until Jan. 2. He has said the move aims to thwart "mafias" who hoard bolivars, leading critics to mock the notion that gangsters would choose to keep their wealth in the world's fastest-devaluing currency.

Only foot traffic for family visits will be allowed, he said. Despite the closure, dozens of Venezuelans knocked down barricades set up on the bridge between Urena, Venezuela and Cucuta, Colombia to cross over and buy food. The currency chaos comes as the oil-rich nation struggles with a contracting economy and empty store shelves. Venezuela has maintained strict currency controls since 2003.