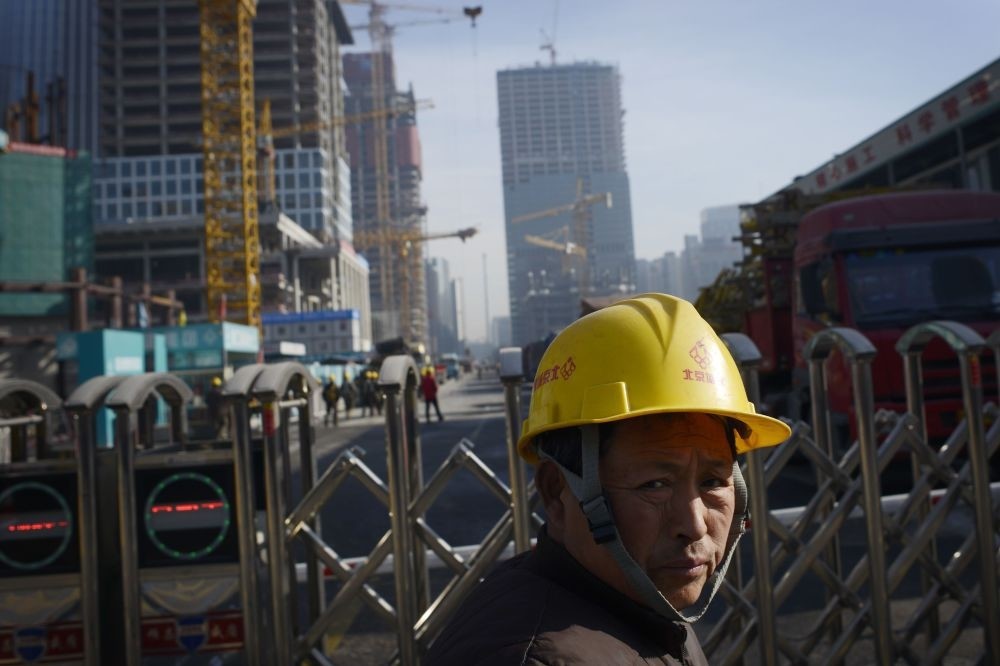 AFP Photo.
by Dec 24, 2016 12:00 am
China's leadership is signalling growth will slow slightly in 2017, policy advisers say, as it struggles to strike a balance between supporting the economy with loose credit conditions and preventing a destabilising build-up in debt.

That means the interest rate easing cycle that began in November 2014 and saw six cuts by October 2015 is probably over, they say, particularly as investors are drawn to higher U.S. interest rates and move money out of emerging markets including China.

China's economic growth is likely to be around 6.5 percent next year, several sources said, the minimum needed until 2020 to meet goals of doubling GDP and per capita income from 2010 levels. This year's target is growth of 6.5 to 7 percent.

The challenge is how to tighten credit to contain debt, speculative investment and outflows without triggering defaults and company failures, said the sources, who are involved in internal policy discussions and offer advice to policymakers but are not part of the final decision-making process.

"Policy cannot be too loose, but the room for policy tightening is not big. They need to support growth while pushing for deleveraging and preventing bubbles. This is a difficult balance," said one of the sources.

When top leaders met last week for their annual Central Economic Work Conference, the key pledges for 2017 were not about growth but dealing with asset bubbles and financial risks.

And the characterisation of monetary policy as "prudent and neutral", a change from "prudent", which had been used since 2011 through both tightening and easing cycles, could be significant.

"Policy could tilt towards slight tightening under the premise of 'prudent and neutral', but conditions for raising interest rates are not ripe," one source told Reuters, speaking on condition of anonymity.

The People's Bank of China (PBOC), which has been guiding money market rates steadily higher, is unlikely to raise benchmark interest rates before consumer inflation reaches 3 percent, even though rising U.S. rates will narrow China's yield differential, the advisers said.

Consumer inflation quickened to an annual 2.3 percent in November and producer prices jumped 3.3 percent from a year earlier, easing deflation concerns after factory-gate prices had fallen for five years.

The yuan has fallen to 8-1/2-year lows this year and is not far from weakening through 7 per dollar, even as authorities have run down reserves by around $280 billion so far in 2016 to support the currency.

It is expected to remain under pressure next year, given the outlook for interest rate increases by the U.S. Federal Reserve.

That means the PBOC will remain reluctant to cut bank reserve requirement ratios (RRR), given that such a move could exacerbate pressures on the yuan, they said.

And with monetary options limited, the advisers said leaders may look to running a fiscal deficit of 3 percent or higher to support the economy, similar to this year's target. The economy is on track to grow around 6.7 percent this year, the slowest in 26 years.

The economic growth target for 2017 won't be announced until early March next year, when they hold the annual parliament meeting.
RELATED TOPICS