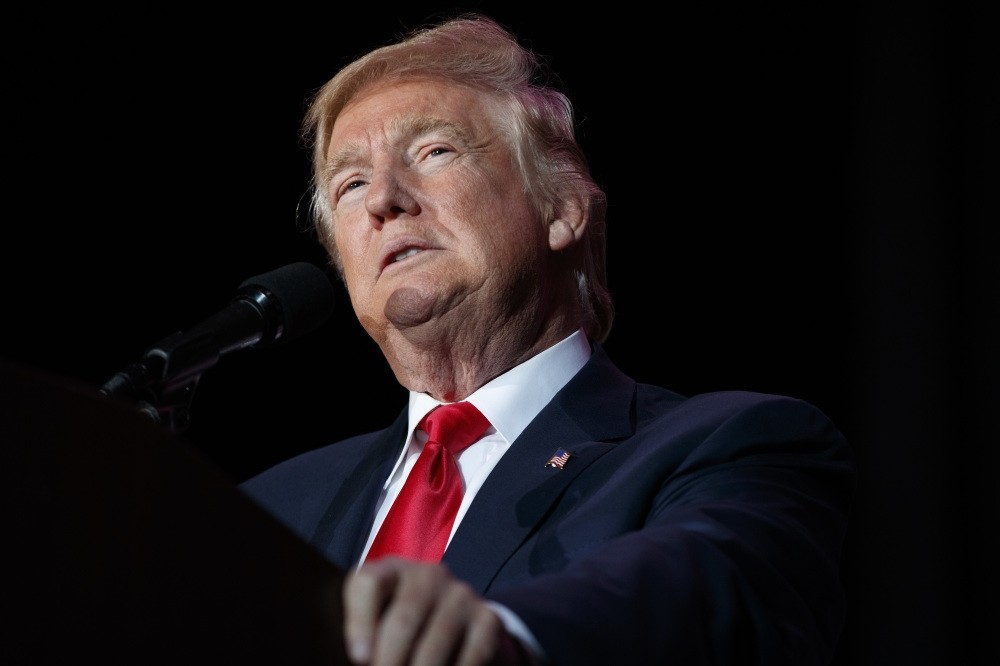 Miscellaneous reforms that U.S. President-elect Donald Trump plans to introduce as part of his fiscal stimulus measures have already led the FED to revise its macro and micro economic forecasts before he takes office

The U.S. economy will be driven by Donald Trump's expansionary fiscal policies in 2017, and the U.S. Federal Reserve (FED) will have to take steps in line with these policies.

It is almost certain that one of the first policies from Trump, who will officially take over the U.S. presidency two weeks from now, will be to actualize long-awaited tax reform. The new administration also plans to invest about $1 trillion to renew the old infrastructure of the country.

Trump's tax reform and public spending, which should stimulate the country's economy, are likely to be easily approved by the Republican-dominated Congress.

The positive effects of these policies have begun appearing even before Trumps officially takes office. While U.S. stock markets rally as investors price fiscal expansion, consumer confidence in the country has reached the highest level in the past 15 years.

Many financial institutions are upwardly revising their growth forecasts for the U.S. economy in line with these expectations.

It is expected that the International Monetary Fund (IMF) and the World Bank will also revise up their growth forecasts this month. In addition, expectations that inflation will increase with growth in the country this year are quite strong. The unemployment rate, which has declined to 4.6 percent like the pre-financial crisis period, is expected to decline further.

The FED will try to balance Trump's policies

Another factor that will affect the performance of the U.S. economy in 2017 is the FED's monetary policy. However, the FED will try to balance Trump's fiscal policies rather than steer the economy.

In fact, FED authorities have already begun to do this by raising their interest rate hike expectations to 3 percent from 2 percent for 2017 at the December meeting. The disclosed December meeting minutes indicate that authorities think that there might be a need for faster tightening than anticipated in the current situation.

Meeting minutes reveal, "Many members indicated that there is great uncertainty about the criteria, composition and timing of the change in fiscal policy, but noted that more expansive fiscal policies will increase total demand over sustainable levels and possibly require tighter monetary policies."

These statements indicate that FED authorities are concerned that the economy might be worn away due to fiscal expansion. If the FED accelerates interest rate hikes by acting more courageously than in previous years, it can seriously affect the dollar's value, exports, growth and asset and commodity markets.

However, as the bank raised interest rates only once since it started the years of 2015 and 2016 with four interest rate expectations has aroused questions about "hawkish" statements.

Most market players think that the bank, which is accustomed to acting cautiously, will not "count its chickens before they are hatched," meaning it will not take action unless the tax reform or public spending promised by Trump is actualized. This strengthens the prediction that the FED will wait until next March for the next interest rate hike.

This year's developments in the world's largest economy greatly concern the global economy as well. The loose fiscal policies to be implemented by the Trump administration might support the U.S.'s trade partners by increasing demand in the country. Among the largest U.S. trading partners are the European Union, Canada, China, Mexico and Japan.

Nevertheless, given that the U.S. constitutes 16 percent of the world's economy, the potential acceleration of the country's economy might bring weak global growth to some extent again.

On the other hand, the acceleration of U.S. economic growth and the FED's continuation of interest rate hikes might have a negative impact on emerging market economies, which are already challenged by international capital outflows.

According to the U.S. Treasury Department, after the FED's interest rate hike in December 2015, net capital of $71.368 billion flowed into the U.S. economy by November 2016. On the other hand, International Finance Institute data shows that emerging market economies have had their worst year since 2008 in terms of capital inflows.

Faster growth and further monetary tightening in the U.S. this year might challenge countries, especially those with high external financing needs, by leading to the continuation of this trend.

On the other hand, Trump's attempt to actualize the protectionist trade commitments he made during his election campaign might frustrate all these expectations by launching a global trade war. However, global investors are not taking this risk very seriously for now.
RELATED TOPICS